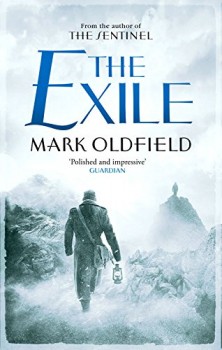 In 1954, Comandante Guzman of the Brigada Especial is assigned to eliminate a Basque patriot, but finds his brutal wartime activities in the area are well remembered.

Comandante Guzman led a platoon of Moorish troops in Basque Country during Spain’s civil war, a time of brutal repression for anyone suspected of republican sympathies. In 1954 Guzman is back in the area, this time searching for El Lobo, a leader of the Basque independence movement, on instructions from Gutierrez, a man close to Generalissimo Franco.

Guzman is experienced, cunning, and brutal but is under pressure to get results. His task is complicated by Gutierrez’s concealment of relevant facts, and interference from Mellado, the local Military Governor. A financial deal with the USA may be derailed if the Americans get word of any atrocities by the Government side, and there is a third party operating in the area, an independent group on the French side of the border headed by the mad Baron Cubiry.

Alternate chapters tell the story of Guardia Civil Forensic Investigator Ana Maria Galindez, working in 2010 Madrid. As the book starts she is assigned to the examination of a Basque cellar where the remains of three bodies are found, hacked to death back in the war, together with a scimitar stamped with the name Guzman.

Galindez is still recovering from a wound received in a previous case, but is asked by a member of the Government to investigate the ninos robados, children taken from republican parents during the Franco era and fostered with those of a more reliable political background. Her statistical approach soon helps to demonstrate that such cases are strongly correlated with certain private clinics, and also with a suspiciously high subsequent death rate of the parents concerned.

The two stories intersect only rarely, but switching from one to the other allows the author to regulate the pace as the tension in both is increased towards the final stages.  Galindez is the most sympathetic: damaged from a childhood tragedy and under constant criticism from her chauvinistic colleagues for being gay, she struggles to maintain a professional approach in her work and is always being undermined by forces which even in recent years are hidden from public view.

Guzman, in contrast, is as despicable a human being as you could hope to meet, and any compassion you might have for his problems is overwhelmed by distaste for his boorish manner and preparedness to do physical damage to anyone he dislikes. As he is the chief protagonist for more than half the book, this can generate disinterest: some will find hoping for his demise a constant preoccupation.

I had no problem with the credibility of the story; the cruelty of the years under Franco are well documented elsewhere and no doubt even now there are sections of the security forces with plenty of history to hide. Reading about the worst excesses does however call for a strong stomach.