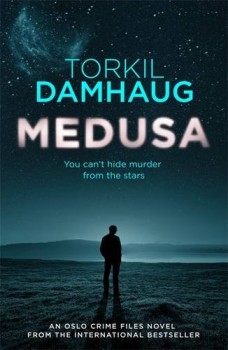 Local doctor Axel Glenne is linked to the deaths of two women who seem to have been mauled by a bear. He needs to prove his innocence as the net of suspicion around him tightens with surprising speed, and to find his elusive twin brother Brede before another victim is claimed.

When a woman’s body is discovered in a forest near Oslo, the evidence points to a tragic accident: though unthinkable in this area of Norway, not isolated but quite urban, she was apparently savaged by a bear. Soon after another woman is reported missing and then found in a city park, with similar bites and scratches, also mauled by an animal.

Closer forensic examinations reveal that both victims were murdered by someone who might have used bear claws as some sort of disturbing weapon… As improbable as it seems, this line of inquiry becomes a starting point for the police, until they realise that Axel Glenne is the link between two victims. The police suspect that he is much more involved in the grisly murders than just knowing the women.

Local doctor Axel, married to Bie, a fashion journalist, and a father of three children, leads a comfortable life, filled with work, socialising and long cycling escapades to the forests surrounding Oslo. And yet he is besotted by a young medical student Miriam who started work experience at his clinic, and appears to hide something.

Things are not as they seem on the surface. After visiting his elderly mother who confuses him with his brother Brede, Axel starts thinking about his twin whom he hasn’t been in touch with for over 20 years. However, there are no photos of two brothers together, and no one has ever met him. This mystery leads the police to believe that the disturbed and elusive Brede doesn’t exist, and their line of reasoning puts doubt in the reader’s mind, too. But Axel is convinced that his twin is behind the killings.

The tense story is told mostly from Axel’s point of view, but including the police’s perspective. The key investigative team, although led by the very competent Detective Chief Inspector Hans Magnus Viken, keen on psychological profiling of the suspects, stumbles and misses some vital clues, and seems less convincing than the doctor in question.

The tale of titular mythological Medusa adds psychological intensity: Axel explains it in relation to astronomy but it stirs up some unfamiliar emotions in his daughter and brings up memories for himself. The other Greek myth of Castor and Pollux is also referred to in terms of star constellations but it features strongly in Axel’s psyche and become darker as the story unfolds. Especially as Axel reminisces about his father, a courageous but cold tough war hero who shaped his childhood and influenced his life forever.

Torkil Damhaug, the new Norwegian author, translated into English by Robert Ferguson, studied literature and anthropology, and then medicine, specializing in psychiatry. He cleverly uses his experience to provide an excellent background to the nuanced yet believable characters and pacey narration, by creating a vivid atmospheric setting. He takes the reader on a journey of dramatic mixture of family guilt and revenge, and gory descriptions. And the Norwegian capital comes alive, just like in Jo Nesbø’s Harry Hole series. The exciting premise of Medusa indicates that the following books forming the Oslo Crime Files quartet will be worth waiting for.