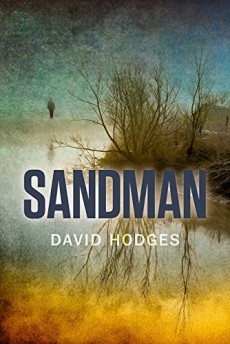 DS Kate Lewis is called in to investigate the death of a journalist on the flooded Somerset levels.

The Somerset levels are drowning in the worst floods in living memory. Communities are cut off, and essential supplies are having to be delivered by boat. Detective Sergeant Kate Lewis is called in when the body of a missing London journalist is found by a news crew in the River Parrett.

Her boss, grumpy, cynical DI Ted Roscoe is keen to dismiss Ellie Landy’s death as an accident but Kate isn’t easily quelled. She’s determined to do some digging into the woman’s death, especially when a mystery caller drops some thinly veiled hints that there’s more to the death than meets the eye.

Kate is aided and abetted by her husband, DC Hayden Lewis, who just happens to work out of the same nick. Hayden is an idle throwback to a bygone age who insists on shambling around with his shirt untucked, talking like something out of a PG Wodehouse novel and repeatedly calling his wife ‘old girl’.

The problem with this duo is that they just don’t quite gel. Kate is meant to come over as feisty and intrepid, but rather lets herself down in my eyes when she presumes that everyone will realise she’s married to Hayden just because they have the same surname. It doesn’t even seem to occur to her that women are perfectly capable of keeping their own names if they want. Her husband is rather deliberately over-quirky for my taste, with his inability to get up on time and constant desire to slope off home for yet another meal. Likewise, the grumpy DI comes over as little more than a stereotype.

Whilst I’ll happily accept that stereotypes do exist in the police – and their creator, an ex-Thames Valley superintendent, is no doubt far more well versed in them than I am – sometimes in fiction it’s necessary to dial back on the quirks to be convincing. As it stands, I just wanted to slap the pair of them, tell Hayden to pull himself together and do some bloody work and tell Kate to stop running headfirst into the stupid tree as she careers around the levels like an out of control Shetland pony. I had a lot of sympathy with the undercover cop from the National Crime Agency, who turned out to be one of the few characters I ended up with any interest in.

Where David Hodges does score, though, is in his sense of place. I was intimately acquainted with the Somerset floods of 2012/13, and spent much of the following summer digging holes on the Mendips to prevent a repeat of the floods that cut Cheddar off from the rest of Mendip for four months. Hodges perfectly captures the sense of hopelessness and anger felt by those who had seen their homes and livelihoods ruining again. The whole area was a wasteland of water, as far as the eye could see, and provides the perfect setting for a suspicious death. That was what attracted me to the book, and that was what kept me reading.