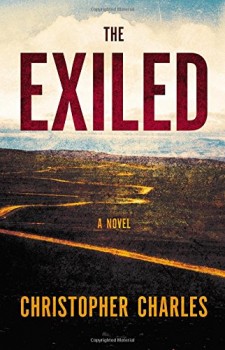 Detective Wes Raney investigates a multiple murder in New Mexico, his home since his work as an undercover agent in New York messed up his life.

This book interleaves two stories: Wes Raney’s 2002 investigation of a drug-related multiple homicide in the far West USA, and the case that resulted in his displacement from New York, a 1984 undercover job that went spectacularly adrift. The narratives blend well, the earliest in time slowly building to a crisis while the latter starts dramatically and proceeds to unpick both the crimes under investigation and Raney’s layers of scar tissue over the damage he suffered in the city.

The New Mexico story starts with the discovery of a farmer and two young Mexicans, found dead in an underground bunker. The three all met a violent death, but also display signs of having been trapped in the bunker for several days. The farmer’s wife claims not to have been aware that the bunker was occupied, nor of the drugs which were clearly being distributed from there, but Raney is not surprised when further deaths occur on the farm.

Reference is frequently made to Raney’s habituation to drugs, something which originated with his 1984 undercover work in Queens. Working solely to a single senior officer, Stone, Raney worked his way into the confidence of Dunham, an enforcer for mob boss Meno, with a view to assembling a case against both. Raney is pitched into a world where casual violence and drug use are an everyday occurrence, but Dunham is cautious and evidence against Meno is a long time coming.

Raney’s difficulties are compounded by the scepticism of his girlfriend Sophia that his work is useful, and his suspicion that he is being manipulated by Sophia’s father, Ferguson, an ex-cop who is suspiciously wealthy. The eventual outcome makes it impossible for Raney to get credit for his efforts, and exile to the other side of the country one of the few options available to him.

The psychic fall-out from these events, and inability to contact his child by Sophia, still dominate Raney’s thinking 18 years later. The challenge of the new case does, however, revitalise the man, and brings him into contact with a woman with whom for the first time after many years he may be able to form a relationship.

There is plenty in the plot to drive the stories along, and the characters are convincing as well as interesting. My only reservation was the paucity of the cast list in relation to police activities, Stone being the only other officer aware of Raney’s efforts in Queens, and in New Mexico multiple homicides being pursued exclusively by Raney and the local sheriff, Bay. Allowing for some licence in this respect was not too much of a strain, when you get two excellent police tales for the price of one.