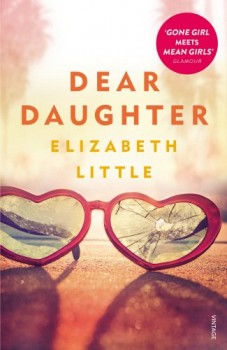 A technical miscarriage of justice frees wild child Janie Jenkins from prison where she is serving life for killing her socialite mother and she sets out to discover the real murderer.

Elizabeth Little’s debut in the crime genre is a book you’ll either love or hate. But even if, like me, you find her classic anti-heroine Janie Jenkins arrogant, nasty, spoilt, manipulative, lacking in any kind of charm, obsessive and utterly without moral compass – keep reading!

This brilliantly crafted, pacey and clever quest story will gradually suck you in through a combination of flashbacks, scene and personnel changes to the point where it becomes compulsive reading.

After spending ten years in prison for killing her socialite mother, Janie’s conviction is overturned because of technical error. A head injury, combined with years of institutionalism in a top security jail, has left her unsure whether she actually committed the murder. She decides to investigate her mother’s enigmatic past to discover the truth and her quest takes her to a near moribund small mining town in the Dakota hills dominated by the families of its founders.

But this is 21st century America. Janie, once famous as a teenage ‘wild child’ for just being famous – shades of the careers of girls like Lindsey Lohan and Paris Hilton – is now famous for being notorious; Amanda Knox springs to mind. A celebrity-dominated press have ensured the ‘story’ won’t go away. Speculation blossoms to the proportions of a manhunt following her release. Worse, she is pursued by an obsessive and venomous blogger convinced of her guilt.

There’s humour too, although often fairly dark, as this apparently superficial and selfish young woman gradually reveals a surprising strength of character and sharp intelligence – and there’s a suitably shock ending.

All in all Dear Daughter is a serious crime mystery and one which marks Little as a writer of skill, depth and authority. Don’t be put off by meeting Janie. Stick with it. It’s well worth the effort!