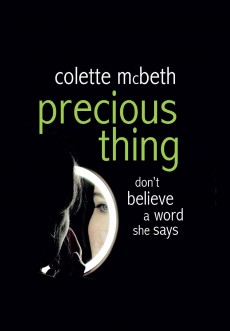 TV reporter Rachel Walsh is meant to be meeting up with her best friend Clara O’Connor who she’s known since school, but Clara doesn’t turn up, leaving Rachel with two other girls who she disliked at school and has no desire to spend time with. Clara is one of those people who habitually breaks off arrangements on a whim, although this time she claimed by text to be too poorly to come along to the pub.

Rachel is meant to be spending the night with her, but when she makes her way to Clara’s flat, late at night, there’s no reply at the door and Rachel ends up in a hotel, none the wiser about why Clara didn’t turn up. A few days later, Rachel is told to attend a press conference in Brighton about a missing woman, and to her horror and dismay, it turns out that Clara is the person who has disappeared, seemingly without trace. Rachel stumbles through her TV slot, not able to bring herself to tell anyone about her relationship with the missing woman. Her life has suddenly become an awful lot more complicated. Matters are subsequently made worse when the media spotlight eventually turns on her.

Precious Thing is told in the form of a narrative by Rachel addressed directly to her friend. Clara is referred to as ‘you’ throughout the book, lending the story a disturbing intimacy as Rachel pours out her innermost thoughts and feelings to her missing friend, and to the reader. The second person point of view is not a common one in crime fiction and I must admit that it’s one I wouldn’t normally choose to read, especially here where there are frequent shifts from present tense to past tense and back again, but, to my surprise, it does all come together to make a coherent and compelling story.

Rachel Walsh is the only child of a feckless, alcoholic, neglectful, sometimes spiteful, mother, so it’s not surprising that she clings to Clara’s friendship as the one stable thing in her teenage years. But Clara has her own problems as well, and she’s devastated by the death of Rachel’s mother, far more than Rachel herself. Details of their early friendship and teenage years are interwoven with the account of the media circus surrounding Clara’s disappearance and the complications that arise from it, setting the scene for the later developments.

We see everything through Rachel’s eyes and it’s always difficult to work out how much of a reliable or unreliable narrator she is, and in that lies much of the book’s essential intrigue. I was able to guess some elements of the story as it unfolded, as most of the clues are there to be picked up, but other developments caught me by surprise.

My one criticism lies, as so often with crime novels, in the irritating and anachronistic use of the term WPC for a female police officer, and that’s not a mistake I’d expect to see in an otherwise well-executed debut novel such as this. I do wish editors would be more alert for that particular silly mistake, and to say that the use is by the character not the author doesn’t cut any ice, especially as the character in question would have been under ten when that term was last in general use. That aside, Precious Thing is a competent and assured debut novel that managed to suck me in despite my reservations about the unusual point of view and constant tense shifts. I imagine it will certainly appeal to anyone who likes psychological suspense novels.