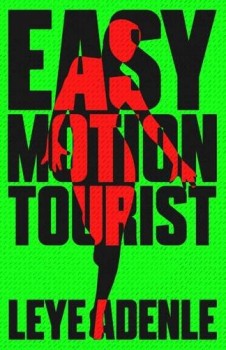 Guy Collins, a British journalist visiting Lagos, stumbles into a brutal killing. A mutilated female body is discovered and Collins is picked up as a suspect.

Set in the corrupt heart of the most corrupt city in the world, this stunning debut is probably the first genuine noir thriller by an African writer. And, if you’ll pardon the pun, noir doesn’t come blacker than this – a cross between the wildest dreams of Quentin Tarantino and Ian Rankin, multiplied over and again, but with an awful ring of truth about it.

London-based Nigerian writer and actor Adenle pulls absolutely no punches. From a family of writers, including his famous grandfather, King Oba Adeleye Adenle I, former ruler of Oshogbo in South West Nigeria, he presents Lagos as it is, with no apologies, no explanations.

Guy Collins, an unsuccessful English would-be journalist, is hunting for an election story in Lagos. Ignoring all advice, he goes out alone at night to a bar in Victoria Island – the poshest part of a city where crime is a way of life. A mutilated female body is found nearby and he is picked up as a possible witness or suspect.

A lawyer, Amaka, who acts as a guardian angel to the city’s prostitutes, believes he can help her expose the trade in witchcraft and body parts and frees him from custody. Together they set out on a quest which leads them from the open drains and filth of the mega-city’s back streets to the drawing rooms and champagne flutes of those who profit from crime and the ever-present corruption which reaches the highest in the land.

There are none of the usual issues western authors feel it necessary to introduce, no duality, no neo-colonialism, no patronising excuses. These characters are completely their own persons. They are what they are with no explanations, no apologies – and as a result far more real and three-dimensional. Their world is dark and disturbing and Adenle’s vivid descriptions will drag you right into it. Yet even in the darkest moments there are touches of humour which relax the tension – and even the most heinous character has a hint of humanity.

This is a compelling, gripping and shocking thriller with a pace that never relents. The imagery is vivid, the multiple strands cleverly woven to reach a shocking climax. Adenle cleverly intertwines a foreigner’s view of the city of hustlers that is Lagos with an African perspective. The effect is to leave you wondering how much of the story is fiction and how much based on reality.

His descriptions of the plight of the street kids, the young village girls forced into prostitution, the addicts, the robbers, the addicts, the killers for hire are so gripping that you actually find yourself caring and somehow hoping Collins and Amaka will bring at least some of them the justice they seek. For all its rawness and brutality this is a superb read – and hopefully will be the first of many from an author who truly shines a very different light on the Dark Continent!