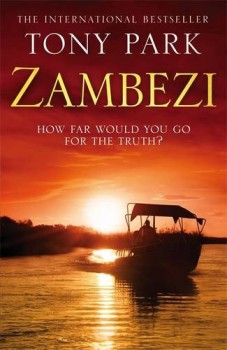 Special Forces Master Sergeant Jed Banks flies to Africa to find the truth about his conservation researcher daughter, supposedly killed by a man-eating lion, and finds himself in the frontline of the war against terror.

Tony Park seems determined to usurp the crown of Wilbur Smith as the undisputed master of the African action thriller. They have lot in common. Both love southern and south-central Africa, its peoples, its endless variety of landscapes, its teeming wildlife.

Smith and his family-based historical sagas represents the area’s past, with his plots set in often sketchily documented factual events. Australian Army reserve officer Park focuses entirely on the present, his stories as up to minute as 24-hour news – and perhaps because of this emphasis on current events or those which happened within recent memory, his books have a greater impact.

Special Forces Master Sergeant Jed Banks kills a ‘foreign’ fighter during a crucial anti-terrorist operation in Afghanistan, saves the life of an embedded Aussie journalist and returns to his base in Bagram to be told his wildlife conservation researcher daughter is missing, believed killed by a lion at her camp on the Zimbabwe side of the Zambezi valley.

He flies to Africa determined to find the truth and meets her boss, the committed conservationist Professor Christine Wallis. But he senses there is more to the attractive Wallis than meets the eye – and what was his daughter’s connection  to the Zambian-based Zanzibar Arab multi-millionaire tourist and hotel magnate Hassan bin Zayid?

This bloody, brutal and compelling tale, set against a background of a growing number of Muslim extremist atrocities in the south and east of the continent, climaxes in a dramatic showdown on the waters of the Zambezi.

Park doesn’t pull any punches in this reissued story. If he has a failing it’s that some of the near non-stop action can be a shade OTT and the sex scenes are unimaginative and repetitive. His characters can also appear a shade stereotyped. But shining through this is his knowledge and love of an amazing continent.

His vision of the contrasts of southern Africa – its hot dusty roads, corrupt politicians, petty bureaucrats, the tragedies of the AIDS epidemic, dangerous animals, gangsters, poachers and arms dealers, balanced by its great and varied beauty, wildlife and stunning sunsets – paint a picture those who have spent time there will recognise and those who haven’t can only imagine a world in which brutality, venality, misery and paradise exist side by side.