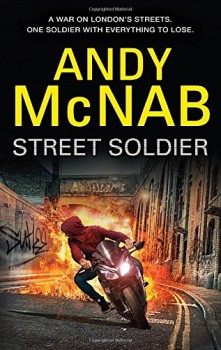 Tough teenager Sean Harker is up to his eyes in trouble and a spell in a Young Offenders’ Institute looks like only digging him deeper in the mire, but then an unexpected offer gives him the chance to turn his life around.

Seventeen-year-old Sean Harker isn’t exactly a poster boy for the British education system. He nicks cars, gets into fights and is deeply embroiled in London’s gang culture. His mum isn’t the sharpest lightbulb in the box, and Sean has learned to live with her constant procession of often violent boyfriends. The bloke she’s with at the moment seems a bit better than usual, but Sean knows it won’t last, it never does, The family that matters to his is the one he’s made for himself, the Guyz, with his friends Copper, Gaz and Matt.

When an attempted theft goes wrong, Sean gets caught and sentenced to six months in a Young Offenders’ Institution. He’s tough and can look after himself, but it helps when he discovers that some of his friends are in the same boat. After all, anyone – including Sean – would think twice about taking on the enormous and unpredictable Copper. But for some, the YOI is harder to handle, and when Gaz commits suicide, it gives Sean the push he needs, and he accepts the challenge to join the army and make an attempt to turn his life around.

Andy McNab puts his own past as a troubled teenager to good use in Street Soldier and builds a main character as engaging as he is authentic. Sean Harker is street savvy, tough-talking and quick to solve a problem with his fists, but he desperately doesn’t want to end up like his friend and tries hard to leave his old life behind. Unfortunately, that’s not so easy, and he gets caught up in a dangerous scam being run from inside the barracks.

I found myself cheering for Sean every step of the way, and groaning when things started to take predicable but unwelcome slide towards disaster. The characters and the dialogue positively fizz with life, and McNab pulls no punches when it comes to violence and bad language.

The build-up to an explosive climax is McNab at his best. He never allows detail to bog down the action, but there’s always enough of it to provide an effortless reminder that he really does know his stuff. Street Soldier is dark in places, always knife-sharp and very, very addictive. Sean Harker is an excellent addition to the ranks of young adult protagonists and one who can hold his own, with ease, against a strong field.