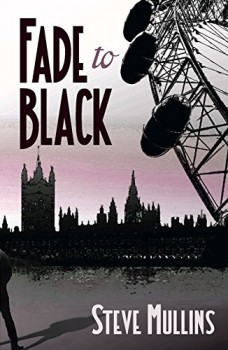 The apparent return from the dead of a cult film icon forces media man Root Wilson – who wrote his obituary – to search for the truth. A series of twists ensure Root becomes a suspect for murder himself – as well as a possible next victim.

You’ll have to make up your own mind about former ad-man Steve Mullins’ debut offering. It’s either such a brilliant send-up of the mee-jocracy, disguised as a thriller, that makes Private Eye’s Psueds’ Corner read like a shopping list. Or, he actually expects the reader to take it seriously!

It reminded me of occasional awful evenings I spent as a ‘company husband’ while my wife stormed the ad agency world. The mee-jah sessions were the worst! Self-important, self-deluding poseurs, writers, film makers, radio or TV people, those whose business it was to comment on them, dressed by the oh-so-cool designer of the moment, boring on in phony Notting Hill accents about ‘progressive’ 1930s films, books which were remaindered almost as soon as printed and – of course, their latest project which was going to make them into a household name!

Mullins is a specialist writer on the mee-jah and a former ad agency copywriter – and he has this world off to a T, even down to its ghastly language. The shallowness, the vanity, the amorality and sheer unimportance of it all, leap out from every page.

After the most compelling opening line I’ve read: “In Bloomsbury I shook hands with a dead man” we meet mee-jah man Root Wilson and follow his journey through London’s streets, the Essex marshes and northern Kent in search of the truth behind that statement.

The dead man in question is a film director who, since his disappearance from a Channel ferry, has become a cult figure. Root soon finds that others are keen to stop his search and he finds himself suspected of murder – and possibly a likely next victim.

The story is inspired by The Third Man, and also owes plenty to the pulp writers of the 1950s. But Wilson is no Harry Lime and despite Mullins’ attempts to borrow smart-ass, slick dialogue from the likes of Ed McBain and Mickey Spillane, it’s all too self-conscious. So too is what appears to be the complete script of the director’s most successful film, complete with shooting directions, plus scripts for Wilson’s dreadful radio show – an absolute must for Sunday mornings on Radio 4!

The best and most convincing part is Wilson’s obsession with the Thames and its history and the loving descriptions of London from Borough market to Soho or the posh ghettos of Peckham and Notting Hill. The capital and its river becomes almost a major character, certainly a good deal more convincing than many others, particularly a dull and stupid police inspector!

The plot, such as it is, is well-paced, driven by the one central mystery, but if you’re an old thriller hand, it’s not too difficult to unravel.