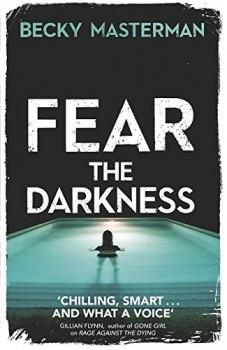 Retired FBI undercover agent Brigid Quinn is settling into marriage and a slower life as a private investigator. When her niece comes to live with her and she reluctantly takes on a case of what looks like accidental drowning, her world turn upside down.

A sixtyish female protagonist? There are plenty of middle-aged fictional sleuths, puttering around in cozy detection, who invariably own tea shops or antique stores. Forget them! This is Brigid Quinn! Fit as a fiddle despite advancing age, foul-mouthed as a Marine Gunnery Sergeant, the former top FBI undercover agent hasn’t changed since her debut in the brutal and bloody Rage Against The Dying.

She’s still at the top of her game, still blackly Irish, with her frank and at times scathingly honest self-awareness and her often caustic wit and insights. Brigid is now pushing 60 and happily married to Carlo DiForenza, the former Catholic priest turned philosophy professor. They live in Tucson, Arizona with their two pug dogs. After a lifetime working undercover chasing mob bosses, drug czars and serial killers, her life as a private investigator choosing her own cases has become more than a little conventional.

Two events combine to shatter that peace. When her sister-in-law dies, she is asked to take in her 17-year-old niece Gemma-Kate for a few months, but the girl’s behaviour is to say the least questionable. Then what looks to be an open-and-shut case of accidental drowning of a teenage boy which she has reluctantly taken to help a desperate mother, suddenly appears a good deal more sinister.

With Gemma-Kate posing more problems than just teenage moodiness – and at least as determined, bloody-minded and intelligent as her aunt – Brigid finds her whole lifestyle under threat and begins to wonder if she is not trying to deal with the darker side of the Quinn family psychological make-up. At the same time she is forced to face questions about her own belief and mortality.

As in her debut, this story hits the ground running and never really slows. Masterman’s sense of pace, as well as place, is superb. Momentum builds from each chapter to the next and her taut writing style, laced with droll humour, plus some intricate twists, keep the tension high. Although there are a few mentions of events from the previous instalment, particularly Brigid’s sense of failure over her protégé’s death, the story works fine as a standalone.

Fear the Darkness is a first-class thriller featuring a strong lead character with some clever and well drawn support acts and a believable and fascinating plot. It is Masterman – and the unique Brigid Quinn – at her very best. I know controversial cases are hard on ageing PIs, but I hope she isn’t going to fade into retirement – or wait a few more years for her next case!