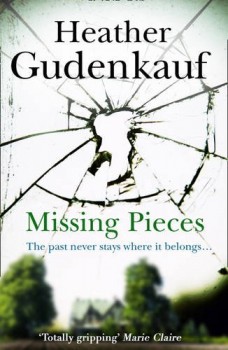 Journalist Sarah Quinlan investigates a decades old mystery that has forced her husband to live a lie.

It is all seems so familiar. Many readers will recognise the plot and know where it is going and what is eventually going to happen. This is not always a bad thing, but in a thriller it can produce an anti-climax.

The cast of this mid-Western drama is so limited that by following the Holmesian principle of eliminating all the possible solutions, the most improbable is the answer. Everyone has secrets, but this tale of family tensions, jealousies and lies stretches the point as far as it can go.

Journalist Sarah Quinlan and her husband Jack return to the small Iowa farming town which was once Jack’s home. His aunt, who raised Jack and his sister, is seriously ill in hospital after a fall. As the facts surrounding the accident slowly emerge, Sarah discovers she actually knows nothing about her husband’s past or that of his family. As she digs deeper into the lives of the Quinlan family, she soon discovers Jack has been hiding a lot more than she could have possibly expected.

Despite twenty years of marriage and two college age children Jack and Sarah appear complete strangers. Suddenly her husband appears a potential multiple killer – and what is his relationship with his former teenage girlfriend?

As an angry Sarah pursues her inquiries, everything becomes more and more confused. Then cryptic text messages start to arrive with small clues that make her fear for her own safety as the ‘accident’ which brought them to Iowa becomes a murder with possible links to the decades old killing of Jack’s mother and the disappearance of his father.

Despite some clever writing with shades of Jodi Picoult and Diane Chamberlain, the characters lack development and depth and this contributes to an overall feeling of disconnection for the reader.

Sarah holds the whole story together with the rest of the family little more than cardboard cut-outs and far too many loose ends. This is a shame, because the plot, although hardly original, has the potential for far greater development.