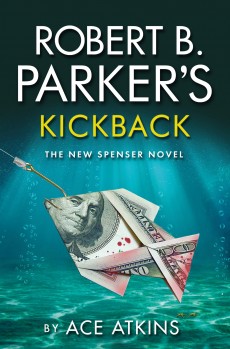 Blackburn, Massachusetts, has a zero tolerance policy for juvenile crime, as teenager Dillon Yates discovers to his cost when a joke spectacularly backfires.

Blackburn, Massachusetts isn’t a fun place to be a kid. The town boasts of its zero tolerance policy for juvenile crime. It’s also a town with no sense of humour where even a joke can mean a spell in a juvenile detention facility that bears more than a passing resemblance to Alcatraz as teenager Dillon Yates finds out. But his mother isn’t going to give up without a fight.

On the recommendation of hard-nosed lawyer Rita Fiore, Sheila Yates hires Spenser – with an S, like the English poet, as he frequently has to point out – to find out the truth about the draconian sentencing and why so many of the teenagers in Blackburn are being effectively denied access to legal representation by being told that they’ll get a better deal in court without a lawyer present. That never turns out to be the case, but by then it’s too late. Most of the kids come from poor backgrounds and their families are in no position to fight the system and so the incarcerations continue.

Boston PI Spenser isn’t a man who likes doors being slammed in his face, literally or metaphorically, so when the local cops close ranks around tough judge Joe Scali, Spenser just gets more determined to uncover the truth, using his characteristic mix of wise-cracking charm and sheer bloody-mindedness to break down the barriers that have been erected around what’s going on in the town. When the heavy guns get brought out against him, Spenser calls in his friend Hawk to provide back-up against both the cops and the local underworld, who all seem to be taking an enormous amount of interest in Spenser’s activities.

It’s hard to remember that it’s not the late Robert B Parker who’s writing Kickback. Ace Atkins has nailed both his style and his characters – and in my view, the latter is a harder task than the former. With the notable exception of the Godwulf Manuscript, lengthened at his publisher’s request in an experiment that wasn’t repeated, Parker’s style has always been both spare and deceptively simple, at times almost excessively so. Atkins is able to pick that style up and run with in something a little less skeletal than Parker’s last couple of books, which provides a very acceptable compromise, with just a little more fleshing out of the narrative without undue padding.

And he has the characters down to a T. Henry Cimoli is suitably sarcastic, Vinnie Morris is reluctantly cooperative, Susan Silverman is nowhere near as irritating as she’s often been and Hawk is…. Hawk, stylish and dangerous in equal measure. The interplay between the two men is as enjoyable as ever and together they still make up one of my favourite duos.

Atkins introduces one unusual feature here, alternating Spenser’s narrative with that of the perspective of one of the boys sentenced to a stretch in the brutal private prison run entirely for the benefit of its investors, not its inmates. The story of the unnamed boy is stark and horrific, amply illustrating how easy it is for the disadvantaged just to disappear inside a corrupt system where no one is able to help them and few people even care enough to try. If you’ve ever thought privately-run prisons are a good idea, Kickback will make you think again.

Ace Atkins was an excellent choice to follow in Parker’s footsteps and I hope he can continue to produce stories of this calibre for a long time. Kickback is a classic page-turner, over far too quickly, but with as much depth and chill as the cold waters surrounding the island prison.