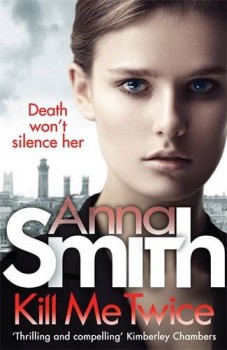 Reporter Rosie Gilmour investigates a trail of abuse and murder from the sink estates of Glasgow to the corridors of Westminster.

This seventh of the adventures of Rosie Gilmour, hard-hitting crime specialist for the Glasgow Post, could in the words of the gullible Detective Superintendent Kenny MacDonald, backed by his Scotland Yard bosses, be both “credible and true”.

Smith’s plot is comparatively simple. Rosie is sent to Madrid to report on the apparent suicide of a supermodel, the Glasgow-born Bella Mason. She picks up information that the girl’s plunge from a hotel roof was witnessed – and that it was not a suicide!

The witness is Millie Chambers, wife of a former Home Secretary, a despairing woman on the verge of alcoholism and herself suicidal. Desperate to avoid a scandal, her loathsome, ambitious husband has Millie sectioned, but not before she has written a devastating letter implicating him in the cover-up of child sex abuse allegations.

Back in Glasgow, Rosie discovers Dan, Bella’s long-lost brother, a junkie living on the streets. Dan has his own secrets about Bella’s life – explosive secrets which someone will kill to keep.

It’s all there. The selfish, stop-at-nothing, corrupt politicians, the business agents abusing their positions for their own desires, the ruthless gang bosses spreading the misery of addiction. Smith develops this multi-stranded story at a furious pace, with no spare words and no fillers. Read it as a stand-alone or a continuing part of a hugely successful series. But it is the author’s journalistic ability, her eye for observing and recording even the most horrific or depressing detail that makes this such a great read – in my opinion Smith’s best so far and by far!

While Rosie initially comes across as tough and hard-nosed, as the story develops the reader sees a softer side, especially with Dan, and she becomes emotionally involved, doing her best to support and help those she meets, while still getting her story. In so doing she effortlessly draws the reader into the narrative.

This novel touches some deep issues such as addiction, alcoholism, child abuse and political cover-ups. At the same time, as with other books in the series, Rosie’s complicated personal life does not go completely untouched.

Many of the characters from earlier stories – the photographer Matt, various police contacts as well as Rosie’s committed, crusading, yet commercially aware editor, Mick McGuire make a welcome reappearance. There is something inherently Glaswegian about their relationship with its dark humour – I wish I’d worked for a boss like him!

Despite its grittiness, Smith is always careful to keep to the right side of the line in some of her more violent scenes. For instance, shooting people in the head at close range is an intensely messy business which she avoids describing too closely to avoid straying into the trap of brutality for sensationalism.

But for all her skill, one word of criticism. The ‘chief constable’ of the Met, Britain’s senior policeman, has been known as the Commissioner since 1829.

Gilmour fans, old and new, will not have to wait long for Rosie’s next adventure. Book eight in the series, Death Trap, is due in January next year – and if it’s half as good as this, it will be well worth the wait!