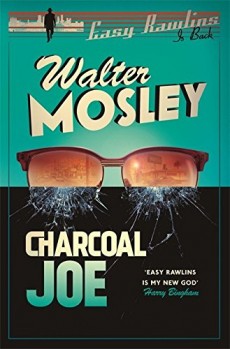 Easy Rawlins receives a request to help a young man accused of murder, a request he finds it hard to refuse. However, he soon finds that he’s been given only half the story, and the job could be a lot more dangerous than it first appeared.

This 14th outing for Easy Rawlins is set in 1968. He receives a request from ‘Charcoal Joe’ Tyler, a man with an evil reputation, to assist a young man, Seymour, in difficulty, and told that Tyler has already performed a service for Easy which places him in Tyler’s debt. Easy visits the Avett Detainment Facility to talk to CJ and is told Seymour has been arrested at a house where two men were found shot dead.

Because no gun was found at the house, Easy manages to get Seymour out on bail, and puts him with one of his friends, ‘Fearless’ Jones, for safety while he finds the evidence to clear him. But Easy has barely started asking questions when his house is visited by three gunmen, and it emerges that the murders Seymour stands accused of are part of something involving large quantities of mob money. Several more deaths follow before Easy gets things straightened out.

As usual, the narrative follows Easy from hour to hour as he exploits opportunities to get a better explanation of what is going on, with plenty of action and larger-than-life characters. The main case proves to be complex and takes up most of his time, leaving less time for subsidiary cases and activities than we are used to, but Easy still manages to assist in rescuing a young girl from a life of prostitution, and arranges a safe place for Bonnie, the love of his life, who has taken up with a competitor, an African tribal prince.

This sudden interruption to Easy’s romantic life causes him considerable heartache, such that he has to visit Mama Jo for some special medicine, powerful but bringing with it unexpected side-effects. His family focus remains strong, however, and he ensures that his adopted daughter Feather is also sent somewhere safe while he deals with the dangers his assignment entails.

As usual, Rawlins suffers the prejudice faced by any black man in 1960s LA, but is relaxed and effective in coping with the difficulties placed in his way. A well-developed circle of friends and acquaintances bound together by shared trials and mutual obligations provides a dependable resource in coping with life’s demands. His list of contacts is long enough to populate a fair-sized town.

The complexity of the events which Rawlins eventually unravels makes this book more reminiscent of Chandler than most of his adventures, if only for the challenge of trying to keep up with the plot. Still, it’s a great read, with plenty of salty characters and Easy at the centre, doin’ his thing and the very essence of cool.