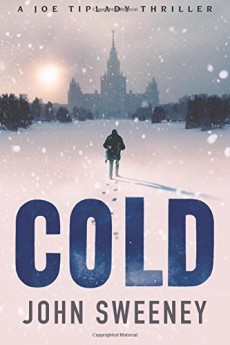 Former IRA bombmaker Joe Tiplady, on the run from his former colleagues, becomes a target in a worldwide chain of events he does not understand.

Writer and broadcaster John Sweeney has covered wars and civil unrest in more than 80 countries, either for the Observer or the BBC, and worked undercover in Chechnya, North Korea and Zimbabwe. Such a record means he has met soldiers, diplomats and, certainly, members of various security or espionage services. Much of what might upset the ignorant or the squeamish, is unfortunately, based on fact.

This book is not for the faint hearted. Brutally realistic would be an accurate description. Some of the descriptions of torture horrify, but to call them unnecessary or gratuitous sexual violence, shows a total lack of awareness of  what goes on behind the facade – think Guantanamo Bay, rendition, or what happens in rather less ‘civilised’ societies.

Sweeney uses disillusioned former IRA bomb-maker Joe Tiplady to anchor a story which is as much about man’s honour and decency as anything else. Tiplady, hunted by his former colleagues for his ‘betrayal’ of the Cause, is a loner hero for today, but perhaps more nuanced, compassionate and normal than most.

Having carefully rebuilt his life, he suddenly finds himself and his dog the targets for an unknown group who will stop at nothing –  and a Chechen girl with the cold, blue eyes of a timber wolf!

The action shifts effortlessly across the globe, between present and past, as Sweeney’s eerily convincing cast move towards a bloody climax spread across two continents.

While Joe faces his own problems, in Russia, a retired paratroop general, Hero of the Soviet Union and idol of the Afghansty, the Russian troops who served there, hunts for his missing daughter following a series of brutal murders.

And in America a brilliant former CIA chief wrestles with both the restrictions of his Mormon religion, his disagreement with his government’s response to the 9/11 massacre and his fears that there is a mole high in the organisation.

All these characters are well fleshed out and their back-stories combine to offer a well researched political and social history to recent world events. Sweeney’s insight into Russia and its people offers an interesting and credible alternative to Vladimir Putin’s preferred picture of a resurgent nation at peace with itself.

This convoluted plot with its multiple characters, switching between individuals and groups at multiple locations makes following the threads hard work at times. But stick with it. This is a clever, compelling and pacey story.

Sweeney, who says his hobby is falling off his bike on the way back from the pub, a fact which should endear him to many readers, writes exceptionally well and keeps the reader glued to the page. Despite a rather downbeat ending, there will be plenty more to come from Joe Tiplady.