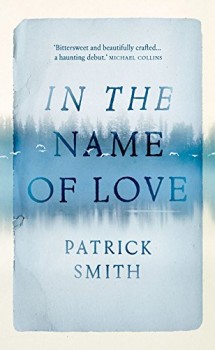 In the Name of Love

Young and beautiful but rude and dysfunctional Lena Sundman was brutally murdered on one of the Swedish islands. To start with a family of Iraqi refugees falls under suspicion, but nothing is as clear cut as the ordinary inhabitants and the wealthy weekenders would like to think.

Irishman Dan Byrne was married to Spanish woman Connie whom he had met in London, and has always felt a bit like an outsider in his adopted country of Sweden. Nevertheless he was very happy living with his family in Stockholm, until his wife’s sudden death. While his grown-up son Carlos moved to the US, Dan chose to live in an isolated house on the island of Blidö, in the Stockholm archipelago.

The first year of the widowhood has been horrendous. Then Dan got used to being all alone and to following exactly the same routine each day: eating, working as a translator in the morning, going for a long walk each afternoon. He doesn’t seek company or understanding.

His lonely existence is subject to quiet gossip on the island but nothing else. Until one winter day a roof caves in under the heavy snow, damages the house and his closest neighbour Sune visits him with offer of help, and starts an awkward conversation. Around the same time Dan’s old friend Anders asks him to rescue a young woman from the teeth of a heavy snowstorm.

Reluctant to get involved Dan nevertheless helps the troubled impulsive Lena Sundman and slowly gets to know her. As his fascination with Lena grows, he feels responsible for her and becomes a sort of a father figure, a man that Lena can trust – someone completely opposite to married Anders, who plays around but apparently also wants only the best for Lena.

She had a very tough childhood and still feels unloved and abandoned. Then she realises that the house and farm of her late aunt Solveig on Blidö have been bequeathed to Selavas: the Iraqi family who had taken care of the farm and Solveig until her recent death. The ‘Selavas affair’ starts to divide the island, and when Lena’s body is later found battered and bloodied a suspicion falls on Gabriel Rabban, a young Iraqi man, living with his relatives on the farm. Very soon also Dan, as a suspect, is questioned by the police.

In the Name of Love is a fine character study rather than a murder mystery, as the structure follows the build-up to Lena’s murder rather than a hunt for the killer. It reminds me of another subtle crime fiction story, Håkan Nesser’s A Summer with Kim Novak where the apparent calm leads to the most shocking events.

The author Patrick Smith was born in Ireland but has spent most of his life in Sweden where he worked as a translator. He has written several novels and short stories in Swedish and he began his first novel in English at the age of 70. This debut is a beautifully crafted portrayal of love and loss, full of lyrical musings about life and loneliness. The novel, occasionally painfully raw and honest, might appeal to anyone who has experienced loss and betrayal, and a feeling of displacement, and struggles with the unanswered question: what do we do in the name of love …