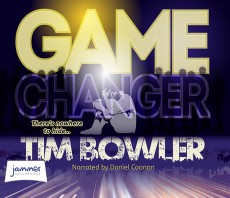 15-year-old Mikey has seen something that puts him and his family in danger, particularly the sister he loves.

Fifteen-year-old Mikey Molyneux isn’t like other boys of his age. He’s afraid of venturing out of the house and if something bothers him, he retreats to the safety of the wardrobe in his bedroom, clutching his favourite books. Mikey has no friends at school and is an easy target for bullies. His main friend and protector is his younger sister Meggie, who loves Mikey and will always stick up for him.

Mikey’s life takes a turn for the worse when he witnesses something awful and starts to receive a series of unpleasant and threatening text messages from the gang responsible. Mikey doesn’t want to endanger Meggie and his family but he doesn’t know how to react in a dangerous situation so, like a tortoise, he retreats inside his shell, in this case, his wardrobe, and hopes the problem will go away of its own accord.

There are times when Tim Bowler’s narrative is in danger of foundering in a sea of extraneous detail. The ploy moves slowly, and it quickly becomes frustrating that the nature of what Mikey saw is never made clear. I sometimes wanted to pick the story up and give it a good shake in the hope of moving things on and finding out what happened to thrust Mikey into such a bad place. Mikey sometimes comes over as unusually self-aware, especially during some of the long, introspective passages, but that ends up simply being an intrinsic part of his character. His curse is that he understands what is wrong with him, but can’t break out of the vicious cycle caused by his agoraphobia.

Daniel Coonan is an adroit narrator, shifting easily between Mikey and Meggie without ever sounding strained, not an easy feat when dealing with two young but very different characters

Game Changer is a story of friendship, love and loyalty. It’s possibly open to a charge that it presents an idealistic view of sibling friendship, but Bowler manages to depict the relationship between Mikey and Meggie without ever dropping saccharine into the mix. This is a book where at times happily ever after seems pretty unlikely, but it’s impossible to listen to without rooting for Mikey all the way.