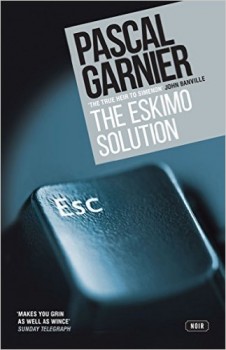 A writer rents a cottage by the sea using an advance on a crime novel in which a man kills his own mother and then other parents, for the benefit of their children.

An unnamed writer, a successful author of books for children, persuades his editor to extend an advance for something different: a novel in which a man called Louis kills his mother for the inheritance and, encouraged by the results, then commences killing the parents of his friends. The editor is somewhat dubious but agrees, and with a small advance the author takes a cottage on the Normandy coast to write.

The book proceeds by way of short passages about Louis, interleaved with pages describing the writer’s own life. Right from the beginning the two narratives bear striking parallels. The writer uses his experiences in the novel, and what happens to Louis seems to resonate in the writer’s own life.

Both characters have a peculiarly passive attitude to events. The writer is in a relationship with Helene, but when Helene’s daughter Nathalie turns up unannounced and stays for an extended period, he makes no objection and even denies her presence to Helene, at Nat’s request. His friend Christophe calls frequently, devastated by the approaching death of his young wife from cancer, but the writer expresses little sympathy.

The lack of empathy with others takes a rather sinister turn in the novel when Louis decides to emulate the supposed practice of the Eskimos, to send their parents off on an ice-floe when they get too old to contribute. Having dispatched his mother and benefitted from the inheritance, he feels his friends would also be better off relieved of the responsibility of parental care, and acts accordingly.

Meanwhile, the writer hears from Christophe. He relates that, devastated by his wife’s condition, he visited his mother-in-law, a selfish woman indifferent to her daughter’s suffering. On a momentary impulse, Christophe tips her out of the window to her death. Crushed by guilt, he announces his intention to confess to the police. Louis perceives the unlikelihood of talking Christophe out of his intention, and the pair set off on a trip which does not end well.

Pascal Garnier’s works typically advance a very dark view of human relationships which the reader may feel to be realistic or possibly unduly bleak, according to his or her inclination. Parts can also frequently be very funny. I did, however, find this book less convincing than some of his others, mainly because of difficulty squaring the indolence and indifference of the protagonists with their enterprise in killing people.

Garnier’s characters are often odd, and although they may start off appearing commonplace, or placed against regular dull citizens for effect, this is the first book of his that I’ve read where the protagonists sneer at all the other characters they meet, a very unappealing trait. The ‘book within a book’ format is not particularly fresh, either.