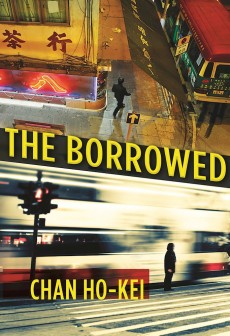 As the author explains in an afterword, this book began with his plans to write a classic detective novel, with the emphasis on clues and logical deduction. Interest in the societal setting then led him to the eventual structure of six standalone novellas, each set in crucial years for Hong Kong.

Each novella has at its core a dilemma for the police. Starting from the most recent (2013) with a family murder, the tales go back in time with a police operation to persuade an ‘old school’ gang leader to grass (2003) and a jailbreak by a criminal mastermind (1997). We then go further back for a tale about a crooked cop (1989), a kidnap involving an officer fighting corruption (1977) and the race to save the Police Commissioner from a bomb (1967).

In each case, the problem arises from a complex crime with several parts, resolved by Kwan Chun-Dok or Sunny Lok by careful marshalling of facts and a chain of clever deductions. This type of story has a very old-fashioned feel to it, and I would be very surprised if any of the cases bear even minimal resemblance to real police work; nevertheless the plots are meticulously constructed and if you enjoy this sort of thing, fun can be had looking for clues.

The background certainly adds to the interest. Hong Kong has always been a very heavily-policed place, with leaders uncertain about the mood of the majority population and a massive inflow of mainlanders, including active Triads. Gambling and drugs were more evident than in the West, and social welfare minimal. Things are a lot better now, although political disputes play a more prominent overt role.

The author’s selection of dates as key to Hong Kong history certainly cannot be challenged. The political unrest in 1967, inspired by Maoists across the border, put the territory into a tailspin. In 1977 the struggle to eliminate corruption led to a big showdown with the police, and in 1989 events in Beijing inspired huge public demonstrations in Hong Kong, and another loss in confidence. 1997 was of course the year of the handover, bringing a monumental shift in perceptions, and during the bird flu and SARS epidemics of 2003 public hysteria was palpable.

The author’s expressed intent to reflect the zeitgeist of these times in the text is laudable, but in practice historical events and the public mood get little play: his focus is the crime in progress. There is no doubt a book to be written about those times when confidence fell off a cliff, taking with it currency rates and stock and property prices, and there were queues round the block of people desperate for foreign passports, but this is not it.