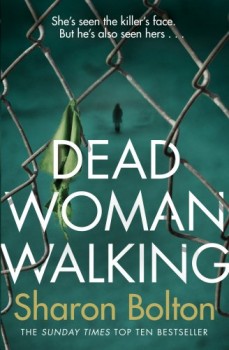 The lone survivor of a hot air balloon crash has to go on the run to stay ahead of the ruthless killer responsible for the disaster.

Thirteen passengers are enjoying an early morning hot air balloon flight over the vast expanse of the Northumberland National Park when one of them witnesses a woman, far below them, locked in a frantic struggle for her life. When her attacker realises the violence has been witnessed, he shoots at the balloon, killing the pilot and leaving the passengers in a desperate fight for their own lives as they try to take control of the balloon enough to get away from the gunman and land safely.

The balloon flight was meant to be a surprise 40th birthday present for Jessica Lane’s sister Isabel, otherwise known as Sister Maria Magdelena, a nun from a convent on Lindisfarne. When Jessica arranged the flight she never expected that her sister would end up dead in the wreckage, and that she would have to go on the run to save her own life, not knowing who she can turn to for help. Her pursuer is determined to catch up with her and finish what they started, and Jessica, dazed, exhausted and desperate, has to stay one step ahead.

Sharon Bolton certainly knows how to get a story off to a flying start, quite literally in this case. The desperate struggle of the passengers to keep the doomed balloon in the air was sharply told, vivid and frightening in the depiction of the crash and the deaths of people who had gone from enjoyment to horror in the blink of an eye. The sudden explosion of violence was as unexpected as it was gripping, as was the aftermath, with Jessica on the run from an implacable killer.

Superintendent Ajax Maldonado is coordinating the police response, and from the start, there are some factor that just don’t make much sense. The body of the pilot is missing, as is Jessica Lane, and one of the crime scene investigators thinks they have found brains in the balloon basket, even though none of the bodies they’ve recovered have head injuries that severe. Maldonado comes over as a good, solid police officer, unusual in Northumberland for being a black officer in a senior position. There’s some tension between him and Chief Constable John Jones, but as fictional coppers go, he seems a decent bloke without too much personal baggage.

Patrick Faa, the man on Jessica Lane’s trail is one of a notorious family of border gypsies, living in a ramshackle collection of caravans grouped around an old manor house. The name suggests a family descended from John Faa; in folklore, the king of the Scottish gypsies. Faa enjoys killing, and he’s not a man to let his prey escape easily.

I’m always a sucker for stories where someone is on the run with all the odds stacked against them, and in this standalone, Bolton delivers edge of the seat action as Jessica stays barely one step ahead of Faa. The story of her pursuit is interleaved with the story of Jessica’s relationship with her sister. A dark family shadow hangs over both girls which gradually unfolds as the story develops. Somewhat to my surprise, the drip-fed backstory didn’t slow down the relentless pace, and I was as engrossed by the relationship of the two sisters as I was entertained by the depiction of the nuns from a Carmelite silent order on the picturesque island of Lindisfarne on the Northumberland coast. This nuns and their mother superior reminded me of the fantastic battling nuns in an episode of Adrian Hodges’ TV adaptation, The Musketeers. And if Mother Hildegard had been in possession of a beehive, I’m sure she would happily have thrown it at anyone invading their sanctuary! But the peacocks were almost as good value. The confrontation with armed police in the convent chapel was an absolute gem.

This is a story in which it is wise to take nothing at face value. It’s fast, clever and absolutely gripping. Sharon Bolton is a mistress of misdirection and has a gift for delivering real characters and making you care about them, and her plotting is immaculate. Be warned: this book will eat your free time until you’ve turned the last page.