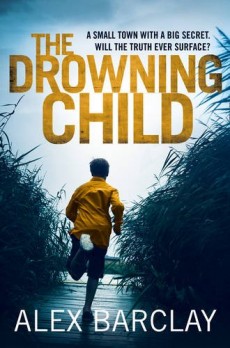 FBI Special Agent Ren Bryce is called to Tate, Portland, when 12-year-old Caleb Veir is reported missing, but the locals are reluctant to spill their secrets.

FBI Special Agent Ren Bryce is based in Denver, and is still somewhat fragile, it being only six months since a shooting when a serial killer took the lives of two close colleagues and her boyfriend, as described in her last outing, Killing Ways. She is back at work despite continuing mental anguish, and assigned to CARD (Child Abduction Rapid Deployment Team). She accompanies her colleague Gary to Tate, a small town in Portland, when a young boy, Caleb, goes missing.

Very soon after arrival it becomes clear that Ren and Gary are being lied to. The parents, John and Teddy, clearly love their son, but even local police chief Ruddock and his deputy, Wiley, know they are concealing something. Ren also notes that the town has become a hot spot for juvenile deaths over the past few years, and her pressure for further investigation of these leads to horrifying discoveries.

While the full shape of the criminality remains obscure until the final chapter, we get occasional chapters about Jimmy Lyle, a very weird paedophile. Jimmy is travelling and we get hints about the root of the problem, although Jimmy’s links to the case in Tate remain obscure for most of the book. We also hear a fair bit from Shannon Fuller, a woman whose son was drowned, and whose nephew Seth is very troubled. Most of the time, however, the action remains firmly focussed on Ren.

Ren is bright, empathetic to those who have suffered, and despite her PTSD an effective investigator. The author effectively places the reader inside Ren’s head: during conversation, we get not only her voice but also her unvoiced thoughts, shown in italics. Given that anxiety and self-doubt are her prevailing emotions, this is not a particularly comfortable experience, and often somewhat irksome. There is, however, no doubt that it brings the protagonist to life, and her insights are instantly visible to the reader.

Her romantic disposition is also made very explicit; she sleeps with two investigators within a four-day period and candidly sizes up most of the men she meets for squeeze potential. This kind of thing is taken as par for the course from some male authors so it would be sexist to object too strongly. Personally I don’t find this sort of appraisal particularly interesting wherever it comes from, but again it does help to give substance to the character.

This is the sixth book featuring Bryce, who is sharp and feisty, and is never less than committed to getting results, even if as her friend Janine says ‘You overthink everything.’ The plot is well-paced with fast-moving revelations and plenty of twists and turns before we finally discover what has been going on in this attractive little town.