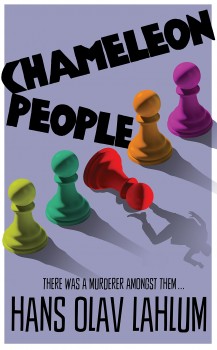 Inspector Kolbjørn Kristiansen’s quiet evening is shattered when a young cyclist turns up at his apartment. He has run away from a crime scene but proclaims his innocence, even though he’s in possession of a bloodied knife used to kill a prominent politician.

March 1972. Inspector Kolbjørn Kristiansen, known as K2, has just said goodbye to his fiancée Miriam after an enjoyable quiet Saturday evening. A frantic 15-year-old cyclist, limping and with a speech impediment, turns up at his apartment, begging for help, proclaiming his innocence, declining to be identified, yet with a bloodied knife in his pocket. Hot on his heels are police who take him to the station.

It appears that the case will be closed quickly: a rich businessman-turned-politician Per Johan Fredriksen has been stabbed to death nearby and the knife matches the wound. However, the boy refuses to speak. Further questioning yields nothing except for riddles which confuse K2 so much that he’s reluctant to bring charges until he conducts an investigation, especially as the suspect’s identity remains unknown. What’s more, he cannot understand why any guilty person would come straight from the crime scene to the famous police detective’s private home.

The celebrated and confident criminal investigator agrees with his boss to follow correct procedures in the search for motives even though evidence is clear-cut. He talks to Fredriksen’s stoic widow Oda, three adult children: dull Johan, passionate Ane Line and nervous Vera, and also to his mistress, colleagues and business associates. Each person offers only snippets of information on the character and seemingly flawless life of the deceased.

However, very slowly a new picture starts to emerge, of a man against whom many held grudges yet nobody claims to be the killer. K2 is baffled by the widening circles of ‘chameleon people’ surrounding the victim and adapting seamlessly to any situation, and eventually discovers that Fredriksen was part of group of six friends bound by memories and the aftermath of mysterious death.

It had happened in 1932 in an Oslo hotel during what was supposed to be a relaxing trip for all of them. An epileptic attack was entered as the official cause of death of beautiful vivacious Eva Bjølhaugen, but that didn’t help to put the five remaining friends’ minds at rest. They kept meeting every five years to remember Eva.

Although K2’s respectability and propriety ensure that he will do anything in his power to find the real perpetrator that doesn’t stop him from divulging confidential details and thoughts firstly to Miriam, and then to his former ‘behind-the-scenes’ collaborator, a wheelchair-bound amateur detective Patricia, ‘genius of Frogner’ as sarcastically called by his fiancée. The working relationship, with some personal undertones, between these two is fascinating to observe, and it adds to the tension of the already strained investigation.

Hans Olav Lahlum’s actual personas shine in this very logical, thoughtful and perfectly executed mystery. The historian, politician and chess player has created an engaging story, the fourth book in the series following The Human Flies, Satellite People and The Catalyst Killing. Chameleon People (kudos to Kari Dickson for an excellent flowing translation) is written in a classic and elegant style as we travel back in time to Oslo in a grip of political upheaval when the referendum on Norway’s potential membership of the EEC and the Barents Sea oil agreements with Soviet Union were on everyone’s mind.