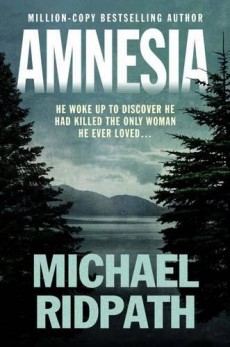 Clémence is asked by her aged great aunt to look after an old friend, an octogenarian, who has lost his memory in a fall and is living in an isolated cottage in the Scottish Highlands. Helping him find his lost memories opens many unwelcome doors.

Clémence normally spends her vacations from boarding school with her parents in Hong Kong. Now they are estranged, separated and both oddly unwilling to have her visit. For this reason, she is available when her great aunt Madeleine asks her to go and look after an old friend who has had a bad fall in his isolated cottage in the Scottish Highlands and has completely lost his memory. Clémence has only met Alastair Cunningham once before, as a young child living in Morocco.

After arriving at the cottage with Alastair, Clémence discovers an old manuscript and an out of print novel, in which her grandparents and Alastair feature, a book written by Alastair and in which he declares that he has carried out a murder. This revelation is significant and investigation of the novel, together with encounters with a range of other characters, lead Clémence to knowledge and understanding of her family’s history and unearths some very unsavoury secrets.

Amnesia is a very well-written, convincing and enjoyable novel, which has a very satisfying format. The contemporary story, set in the isolated Scottish Highlands, has a realism and integrity that is engaging and convincing. This story is interspersed with extracts from the novel which is written in the style of its time, reminiscent of an Agatha Christie story, which gives a sense of period and emphasises the nature and relationships of the people whose story it tells.

This Brideshead Revisited tone contrasts with the experience of those protagonists who are still alive and whose experiences in the intervening years have led to the current situation. This situation results in Clémence, Alastair and her boyfriend fighting for their lives as the truth of the past comes back to try to silence them.