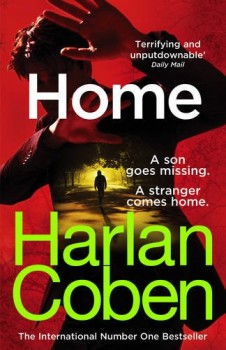 Ten years ago, two six-year-old boys were kidnapped. Now one of them has been found and reunited with his family. But the search for the second boy continues.

Former sports agent Myron Bolitar is back after a gap of several years, during which time he has only made occasional appearances in Harlan Coben’s entertaining young adult trilogy featuring his nephew, Mickey. Also back is billionaire and borderline psychopath Windsor Horne Lockwood III, better known to Myron as Win, who took off without explanation a year ago and has been steadily fuelling the rumour-mill about his own disappearance ever since.

Much as I like Coben’s many standalones, seeing Myron and Win in action together is always a special treat, and this latest outing is no exception. The story starts with Win well off home territory in London, searching for two boys, Patrick and Rhys, who went missing ten years ago. For Win it’s personal, as one of the missing boys is the son of his cousin Brooke Baldwin. The two boys were snatched by armed intruders and despite the high-profile nature of the case, no leads were found, until Win received an anonymous tip-off that they had been seen in London.

Win, unsubtle as ever, kills three men to get at one of the boys, but Patrick – or someone who might have been Patrick – runs from the scene and Win ends up tangling with an obese crime lord and gamer who goes by the name of Fat Gandhi. The operation to free the two teenagers has about all the subtlety of a brick in a sock – which is what we expect from Win – but it’s only partially successful. Patrick is returned to his parents, injured but alive, but of the second boy, Rhys, the son of Win’s cousin, there’s no trace. Even when it proves impossible to get any information out of the traumatised Patrick, Win vows not to give up the search.

More than ever, the partnership of Myron and Win reminds me of Robert B Parker’s classic duo Spenser and Hawk, with Myron as Spenser and Win as Hawk, and if the four ever meet up, I wouldn’t want to bet on the outcome. Home has all the twists and turns expected of a Coben thriller and I was, as usual, behind the curve on most of them. I enjoyed the book as much for the interplay between the characters as for the plot, and it was particularly satisfying to see the crossover of Mickey and his friends Ema and Spoon from the YA trilogy. The events of those books are woven seamlessly into this story and whilst it doesn’t matter in the least if you haven’t read them, it will add an extra dimension if you have, particularly when it comes to a surprising revelation about one of the two main characters. But on that point, my lips are sealed.

Home is classic Coben and I enjoyed every minute of it. It’s great to see a return of his series characters after a long gap and I hope this isn’t the last we see of Myron and Win.