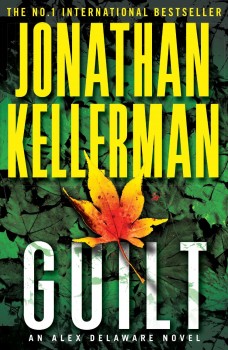 Psychologist Alex Delaware is called in to investigate the skeletons of two babies and the murder of a woman in a quiet suburb. The investigation takes him to the highest echelons of celebrity and uncovers unthinkable depravity.

A storm brings down a tree and uncovers the skeleton of a baby buried 60 years ago.  A few days later, another skeleton is discovered close by, not far from the body of a murdered woman. But who would want to kill a quiet, church-going children’s nanny?  There is something odd about the second baby’s skeleton; the death is fairly recent but the bones are polished clean and covered with beeswax.

The investigation takes psychologist Alex Delaware and Detective Milo Sturgis back to the 1950s to a now defunct hospital with a big secret and to the highest echelons of modern-day Hollywood celebrity. It takes the combination of Delaware’s skills as a therapist with Sturgis’s investigative genius to uncover the secret perversions of a movie actor adored around the world.

As ever, Jonathan Kellerman has created a fast-moving tale interspersed with Delaware’s reflections on the case. The excursions into the history of the mid-20th century are fascinating, but it is convenient that Delaware always seems to know of a colleague or teacher well beyond retirement age and still working who can offer memories of patients or staff members relevant to the case in hand. It's a useful literary device that perhaps needs to be retired for a few books.

The plot goes off in several directions at the beginning, all being brought together to an exciting climax, although for a while it was unclear how all the diverse strands were linked.  As with many crime novels, however, the build-up to the final reveal is excellently written, but the ending itself is sparse and the descriptions in the final scenes are sketchy, to say the least.

On the whole, this book is up to Jonathan Kellerman’s usual high standards. It's a good story and a good read, despite the occasional criticism.