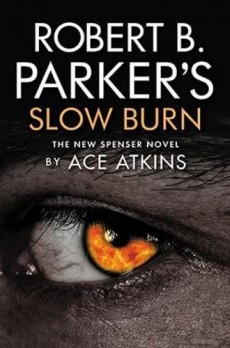 Boston PI Spenser investigates a fire in a disused church that left three firefighters dead. One of their colleagues is convinced the fire was arson.

Spenser is back, this time investigating the year-old case of a massive fire in a disused church in Boston that left three firefighters dead. Jack McGee, who worked with the dead men, is convinced that the fire was set deliberately, even though no evidence of arson was found.

McGee thinks the church fire is connected with a series of other fires that keep springing up around the city, but the police want to play things down, fearing widespread panic if news gets out that there is a firebug at work. He thinks Spenser will do a better job of investigating and persuades him to start asking some questions.

When Spenser starts asking around about the fire, he immediately rattles a few cages, especially when the trail seems to lead to crime boss Jackie DeMarco. Spenser has crossed swords with DeMarco before, and the criminal isn’t the sort of man to forgive and forget. The more Spenser digs, the more he becomes certain that the fires are connected, but the case soon becomes very hot to handle, even with back-up on hand from Hawk and Zebulon Sixkill.

Robert B Parker’s mantle has settled around Ace Atkins as comfortably as Spenser’s favourite leather trench coat. He has Parker’s pared-down style off to a T, both in terms of character depiction and dialogue. Marty Quirk and Frank Belson are as harassed as ever, and there’s a new female captain on the team who’s determined to stand no nonsense from Spenser, even with the other two vouching for him. Vinnie Morris, now running his own criminal empire, is a huge favourite of mine, as is the inimitable Hawk, who’s as stylish and sardonic as ever. Atkins even managed to keep Spenser’s long-term girlfriend, Susan Silverman, from becoming too irritating in her mannerisms. Silverman is a Marmite character. You either love her or hate her, and I’ve generally tended towards the latter.

In Slow Burn, Spenser is showing some signs of aging. He has had a knee operation, but has worked his way back to full fitness with his usual stubborn bloody-mindedness. He’s not the only one who’s starting to show his age, either. Pearl the wonder dog is getting on, as well. I can’t remember whether she is Pearl II or III, but I have a horrible feeling it won’t be too long before there’s another Pearl on the scene.

I’ve been addicted to the Spenser series for a long time, and Slow Burn is another very respectable addition to the Parker stable. Atkins is much more than just a safe pair of hands now. The books have lost none of the style or substance, and long may they continue.