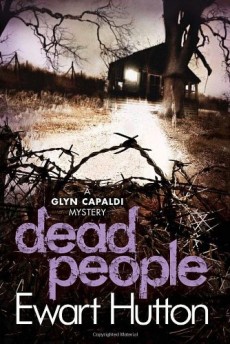 DS Glyn Capaldi, still in exile in the Welsh valleys, is called out to a skeleton discovered during excavations for a wind farm. The body is missing its head and hands. Glyn’s belief that there’s a local connection doesn’t convince his superiors.

DS Glyn Capaldi is still kicking his heels in the Welsh valleys, in exile from the hustle and bustle of Cardiff. Checking up on cases of unlawful sheep castration is about as exciting as it gets most of the time, so when he’s called to a remote construction site where a mechanical excavator has turned up a human body, he’s determined to make sure he stays involved with the investigation.

The body – lacking both its head and its hands - has been in the ground long enough to have turned into a skeleton, but local residents Mr and Mrs Salmon are convinced that the body is that of their daughter Evie who went missing two years ago. Initially, Capaldi tries to reassure them, but later, he begins to have doubts. When another body is discovered, mutilated in the same way, Capaldi is certain that there’s a local connection, but his superiors aren’t convinced, and for them, the cases are neatly wrapped up by the suicide of the apparent perpetrator. Capaldi continues to dig around, literally as well as metaphorically, and the more information he unearths, the more he’s convinced that they are all being manipulated by the killer.

Ewart Hutton first Glyn Capaldi book, Good People, was shortlisted for the Crime Writers’ Association’s John Creasey (New Blood) Dagger in 2012 and in Dead People, Hutton continues to build on such a strong debut. The hills and valleys of Wales are brought to life in his hands and he paints a vivid picture of areas and communities that I’ve known for years. The city cop transplanted unwillingly from his natural habitat makes a perfect foil for the closely knit village communities, often with their darker undercurrents, and Capaldi is an engaging narrator.

My only quibble, and it is a very minor one, is that Hutton indulges in slightly too much foreshadowing of the ‘little did I know…’ variety. The narrative would be stronger without this particular quirk, but that aside, this was another strong, entertaining romp through the darker side of Wales. Hutton is firmly establishing himself amongst the ranks of those writers who have carved a niche for themselves in various regions of the country. A year seems like far too long to wait for DS Capaldi’s next tussle with his bosses.