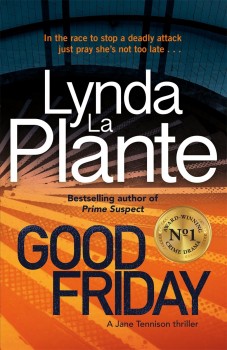 The queen of the procedural thriller is back with the third instalment of the early career of Detective Chief Inspector Jane Tennison, so brilliantly and memorably played by Helen Mirren in the TV hit series Prime Suspect. I have no idea who La Plante’s inspiration for the character was. What I do know is that no other writer can get inside the mind, the physical settings, the problems, of the police with unerring accuracy and pithiness.

This story is set in 1976. I was then reporting crime for a group of national and provincial papers and covered many of the events which form its basis.

During the previous two years the IRA had made London the prime target for a bombing campaign. More than 40 devices killed 35 and injured hundreds. In a single day, the Irish terrorists planted seven bombs across central London. Some were defused – others were not.

In December 1975, a botched machine gun attack on Scott’s Restaurant in Mayfair saw four members of a six-man IRA Active Service Unit trapped in flat in Balcombe Street where they held the elderly owners hostage. After a six-day siege, watched live on TV by millions, the threat of an assault by the SAS saw them surrender to the Met’s Bomb Squad. They received life sentences for seven murders, conspiracy to cause explosions, and falsely imprisoning John and Sheila Matthews.

In March 1976 Jane is a fully-fledged detective, attached to the Dip Squad, the unit tasked to disrupt an epidemic of pickpocketing and street thefts which was drawing criminal gangs from Italy and South America to the West End. On the way to court one morning, she is caught in a bomb blast at Covent Garden tube station that leaves several dead and many horribly injured.

Although a witness, Jane cannot identify the bomber, but when newspaper pictures show her aiding the injured, she and her family are put at risk of IRA retaliation. The Dip Squad, with their street knowledge, are redeployed. At the same time Jane must struggle to overcome the horrors of the explosion and sort out her own life as she settles into her first home.

The multiple strands of the story draw together as Good Friday, the date of the Met’s annual CID dinner, draws close and explodes into a tense and violent climax. The pace is breathless, the plot full of twists and turns. But it is La Plante’s ability to pick out the surprising but plausible details that give her picture of everyday police that rare ring of authenticity.

It’s all there. The constant pressure to perform, whatever the rank; the short cuts, the misogyny and elitism of the 1970s CID, the hard drinking and casual sex, make this as accurate and believable a story as she has ever produced.

It will be interesting to see where Jane goes from here. Her ambition is to be the first woman in the elite Flying Squad, the ‘Sweeney’. Read Good Friday as a standalone, or if you are a Jane Tennison fan, as part of a continuing story.