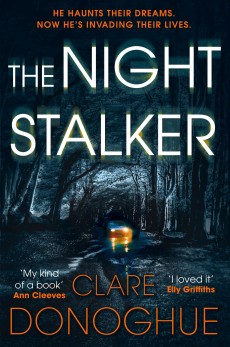 Met detectives Lockyer and Bennett are sent over to Somerset to investigate a suspicious fatal car accident and find themselves working in the shadow of a 200-year-old murder.

This is the fourth book featuring the police team of DI Mike Lockyer and DS Jane Bennett, and the pair are whisked away from their usual stamping ground in London to assist on an investigation in Somerset.

At first, the pretext for their temporary assignment seems a little flimsy – a fatal car crash that left a young woman dead. She was a Londoner, but that doesn’t seem much of a reason to drag two Metropolitan police detectives down to the Quantock Hills. There’s more to the request than meets the eye, though, as it seems like there are some doubts about the competence of the lead investigator, ex-Avon and Somerset DI Bill Townsend, who didn’t exactly cover himself in glory in his last major job. Townsend seems determined to write Pippa Jones’ death off as an unfortunate accident, but Lockyer and Bennett are less convinced.

Clare Donoghue presents an atmospheric portrayal of the Quantock Hills, a bleakly beautiful upland west of Bridgwater that was the first area in Britain to be designated an Area of Outstanding Natural Beauty. The character of the hills can shift from warm and welcoming to harsh and faintly sinister depending on your outlook and the weather conditions. Lockyer and Bennett are there in the run-up to Christmas when the landscape is blanketed in snow and it’s easy to get sucked in by the local myths and legends.

Pippa Jones died close to a landscape feature known as Dead Woman’s Ditch, the site of a 200-year-old murder by a man called John Walford who was later hanged for his crime, with his body being left to rot on a gibbet as a warning to others. During the dark winter months, the shadow of Walford seems to be stalking the hills again, or at least someone is. Local women are afraid to drive across the hills, and farmers grumble in the local pub about missing livestock.

Lockyer and Bennett are determined not to get sucked into the grisly history of the moors, but soon find that the stories and their associations aren’t as easy to avoid as they’d hoped as parallels emerge both to the Walford killing and other, more recent deaths.

The Night Stalker was exactly what I was looking for on this occasion – a good, solid police procedural with interesting characters, firmly rooted in the landscape and its traditions. Donoghue’s sense of place is excellent, and she brings her characters to life while neatly avoiding bags of exposition and backstory.

I learned quickly and easily that Mike Lockyer is a man who doesn’t suffer fools gladly and needs the calm, grounding presence of Jane Bennett. She has some issues from a previous case that led to her being injured and is juggling a demanding job with the needs of her autistic son. Her parents, recently moved to the West Country, provide a base for their activities in the area, whilst looking after Jane’s young son. Lockyer isn’t impressed by being dragged into the domestic fold, but his developing relationship with Bennett’s mother provides some light-hearted moments and character insights against a background of ever-deepening menace on the snow-shrouded Quantocks.

The Night Stalker is tightly plotted and provides a rapidly-developing, character driven story that constantly defied my expectations and predictions. I did succeed in picking up some of the clues, but my interpretation was often wildly off course, and just when I thought things had all been neatly tied up, a curve ball came flying in to change the direction of the game. I desperately want to know where Donoghue is going to take this pair next, as the ending - for them – is left open.