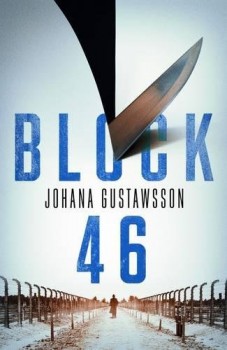 Emily Roy, a Quantico-trained officer in the Canadian Royal Mounted Police, currently working with Scotland Yard, becomes involved in a frantic search for a serial killer operating in both England and Sweden.

This book introduces a female investigative duo. Emily Roy is a profiler with the Canadian Royal Mounted Police, currently seconded to Scotland Yard. She teams up with Alexis Castells, a true-crime writer, to investigate what turns out to be a puzzling crime with links to the distant past.

Alexis becomes involved because her friend, Linnea Bix, a jewellery designer with Cartier, failed to turn up for an important public preview of her new collection. She found this very strange because it was supposed to be a triumphant evening for Linnea – so much so that she had been talking about it for months. Later she is found murdered in Falkenberg, Sweden, where she had a house that she visited from time to time. The manner of her death is distinctive and particularly brutal.

Emily becomes the profiler for the investigation because Scotland Yard has been trying to solve the murders of two young boys who had been tortured and then killed in the same way as Linnea. They are convinced that the three murders – although in different countries – are connected. It is clearly necessary to establish this connection if the crimes are to be solved.

The story is told in short chapters, each clearly identified with its date and time – details which are required if the reader is to follow the precise sequence of events. Although brief, each chapter is packed with information and enables the careful reader to follow what is happening and even to anticipate what is to come. It is commonplace in crime fiction that the end of a chapter is frequently used to shock. Here, however, the aim is to leave a clue or to explain something not entirely clear. All in all, the use of these short – occasionally only one or two page – chapters, together with movements back in time, has the effect of keeping the reader on tenterhooks.

The characters are well-developed and convincing and Emily in particular gives the reader an insight into the mind of the profiler, including being wrong on occasions, as Emily is in one important aspect.

There are chapters going back to the war years and set in Buchenwald concentration camp. These, although once again brief, are convincing in their portrayal both of the brutal SS guards and the appallingly inhuman conditions under which the prisoners lived. The actual account of Erich’s treatment may be fictitious but it is clearly based on fact and is totally convincing. It is certainly easy to believe that an experience of this kind could well determine a man’s future life.

Finally, the element of surprise towards the end of the novel has to be mentioned. Here it comes when it is least expected and has the effect of explaining certain parts of the novel that appeared rather puzzling. This could only have been achieved by a very close and detailed attention to plot. The author always planned to account for any apparent anomalies later and the explanation when it finally arrives is indicative of considerable care in plot preparation.