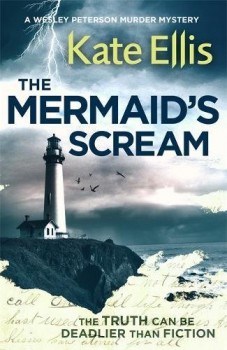 A middle-aged couple is found murdered in a South Devon caravan park, and the biographer of a local, reclusive literary legend is found dead. DI Wesley Peterson believes that the deaths are linked.

The bodies of Frank and Gina Lombard are found in a holiday caravan in South Devon and forensics suggest that they were murdered. DI Wesley Peterson is on the case, but finds it difficult to make any headway - why should a middle-aged couple from Yorkshire have been murdered more than 300 miles from their home?

Newfield Manor was the scene of a shocking murder in the 19th century, a murder that was mirrored in one of the books of Wynn Staniland, a reclusive novelist. Although no arrests were made at the time, Karl Banville’s ancestor William was suspected, and Karl arrives from the US intent on disproving the guilt of his ancestor. He has bought Newfield Manor, and engages the county archaeological team, led by Dr Neil Watson, a friend of DI Peterson, to do a dig.
.
Zac Wilkinson, a man with a past, is writing the biography of Wynn Staniland. Zac is also murdered, and as DI Peterson investigates the three murders, he senses that there are connections. His boss, DCI Gerry Heferman, is distracted by a family matter, and Peterson himself has to deal with a sick wife and a son who is pushing the boundaries for independence, though he is only in his early teens. There is also a side plot about slave workers being used by local farmers, another investigation for the hard-pressed team.

This is a book which needs your attention – there are a number of plotlines to keep track of, both in the present and in the past. The characters are convincing. The stories about Newfield Manor from the past are cleverly told with reference to a set of creepy puppets which were used to re-enact nasty murders, considered entertainment in the 19th century.

But it is worth the effort – there is a satisfying resolution which brings all the strands together and has a number of twists, not all of which are easy to anticipate!