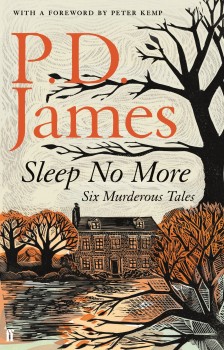 Six inventive, occasionally witty and convincing scenarios involving murder, its motives and the course of natural justice from one of crime fiction’s greatest writers.

When Baroness James of Holland Park died in November 2014, crime writing lost one of its most incisive, ingenious and brilliant authors. This new collection of the short stories of PD James, a companion to volume to The Mistletoe Murder and Other Stories, only serves as a reminder of what we are now missing.

James, despite her worldwide success with her 14-book series, all but two of which were adapted for TV or film, featuring policeman and poet Adam Dalgleish, was also a mistress of the short story format. She picked up and wove together motifs from the pre-war best of the Golden Age of crime writing with a deep psychological insight to create gripping, suspenseful tales.

Much of her writing was based on her own experiences. She was forced to leave school at 16 because her family did not have much money, and worked in a tax office, before becoming an assistant stage manager with a theatre group. When her army doctor husband returned deeply damaged from the war and had to enter a psychiatric institution, she was forced to provide for her two daughters, who were mostly cared for by his parents. She began writing in the mid-1950s and many of her mystery novels are set against the backdrop of bureaucracies such as the criminal justice system and the National Health Service, in which she worked from the 1940s until her retirement in 1979. Many of her later books call on her knowledge of closed communities, such as a publishing house, barristers’ chambers, a theological college, or a private clinic.

The six murderous tales in this remarkable collection reflect all that experience. Revenge is at the heart of almost all – the slighted husband, the bullied wife, unhappy children – but James’ great strength is that none of the protagonists are brought to justice in the way the reader would expect. All, bar one, receive a fitting comeuppance, but it is meted out by the forces of natural justice and punctuated by James’ wit and ability to poke often quite sardonic fun at the poses and pretentions of the middle classes.

My own favourite is the clever and often hilarious Mr Millcroft’s Birthday, in which an octogenarian exerts retribution on his snobbish and greedy son and daughter. Its opening lines: “Mildred Millcroft, seated in the front left hand seat of the Jaguar, thumped her copy of The Times into a manageable shape for reading the social pages” sets the tone perfectly for what is to follow.

James’ sense of place and time is immaculate. The longest of these superb stories, The Murder of Santa Claus, captures the characters and events you would expect in the Cotswold manor of a rich, unpleasant man in the 1939 Christmas of the ‘Phony War’. Details such as blackout precautions, programmes on the wireless and King George’s moving Christmas Day speech make it all so convincing. James pokes fun at her own profession, making her narrator a barely successful writer of cosies, then switches back to brutal reality to put the whole story into perspective.

But it’s not all jolly. James shows her darker side in The Girl Who Loved Graveyards, which at the same time is both sinister and poignant, hinting as it does at madness.

If you haven’t read any James before, these wonderful glimpses of an absolute mistress of her craft will show you what you have been missing. If you’re already a fan, you’ll want to own this book to remind yourself of what we have all lost.