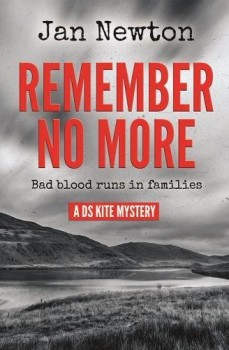 City DS Julie Kite starts a new job in rural Wales, is plunged straight into a murder mystery and discovers life in insular Powys is nothing like Manchester.

The Women’s Institute throws up varied talents. Now, a winner of its Lady Denman Literary Competition is set to make her mark with an elegant and superbly paced debut featuring a believable detective in a setting so far removed from the norm as to be a major player in itself.

Newly promoted Detective Sergeant Julie Kite transfers from Manchester to rural mid-Wales as her husband’s new job gives them a chance to patch up a shaky relationship. She is totally unprepared for what she finds. The closed, largely Welsh-speaking communities around traditional centres like Builth Wells and the twists and turns of the investigation into the death of a solicitor force DS Kite to confront her own demons alongside those of the remote farming community.

At the same time, child killer Stephen Collins is set free from HMP Strangeways. He immediately makes his way back to mid-Wales, the scene of his horrific crime, in order to confront those who had a hand in his incarceration.

Jan Newton quickly engages the reader with the pitfalls of moving from such a high profile setting for an ambitious female detective. Her colleagues warm to her in varying degrees as she struggles to settle in.

Both story and the plotting are strong, examining the community through the eyes of an incomer, and portrayed lovingly and beautifully. It’s a community haunted by memories of foot and mouth, domestic tragedies and family feuds. Kite herself is a well-drawn character and her culture-shock offers an excellent way of presenting the location to the reader without simply giving pages of description. Interactions between characters are convincing and engaging.

As an added bonus, Newton turns a very elegant phrase. The dialogue is so natural, you can almost hear the characters talking. The story is full of twists and turns cleverly interwoven with local knowledge. This is a vivid portrayal of rural life without clichés or stereotyping and the calculated but believable plot with its parallel threads will keep you guessing right to the end.