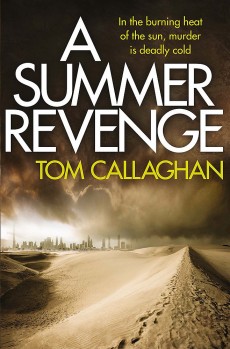 An ex-girlfriend of the Kyrgyz Minister for State Security has absconded to Dubai with a memory stick he is keen to retrieve. Akyl Borubaev is sent to bring her back.

Akyl Borubaev has resigned from the Bishkek Murder Squad but is hoping to get his old job back when he gets a call from security minister Tynaliev. Tynaliev, not a man to disappoint, directs Borubaev to Dubai, where his mistress Natasha is said to be hiding with a stolen memory stick full of state secrets, to retrieve both items.

Tynaliev has given Borubaev a contact in Dubai, the Chechen Kulayev. Kulayev introduces him to a sleazy bar habituated by women from central Asia, and it is not long before Natasha appears. He persuades her to take him home, but she is smarter than he allowed for: she drugs him and takes some compromising photographs which if sent to Tynaliev would be tantamount to his death warrant.

Natasha confirms his suspicions that the memory stick holds accounts of money stolen from the state. She gives him a copy, but has re-set the accounts with codes known only to herself. With this she hopes to be able to negotiate for a slice of the money, leaving enough so that Tynaliev will not pursue her. However, she is shortly afterwards kidnapped by a gang of Chechens in town who are also after the cash.

Borubaev is outgunned but luckily the Uzbek Saltanat Umarova is also in Dubai, after the same Chechen gang. Saltanat has been instrumental in resolving matters for Borubaev in previous cases, as well as providing a note of romance, although she expresses little interest in Borubaev other than consenting to the occasional brief coupling. He now has a chance, but things get very bloody before matters are settled.

This is the third outing for Borubaev, as usual telling the story in the first person. His heart as ever is in the mountains of Kyrgyzstan, and with his dead wife Chinara. For the first time, however, the action takes place not in the cold and crumbling wastes of his homeland, but in the overheated and modern city of Dubai. With the location being rather more familiar, such matters as apparent police disinterest in a series of murders are rather harder to overlook.

The protagonist makes his usual claims to being sickened by it all and at heart a really nice guy, someone who finds it distasteful to be threatening a captive with a kitchen fork, and would really rather not be shooting people. I am becoming less convinced as time goes on, although perhaps the author intends that we should see self-deceit as part of Borubaev’s character.

As usual, the action is fast and furious. Callaghan unerringly targets the very worst in human depravity, and the advantage of drawing your villains very dark is that you can justify a nasty and satisfying come-uppance.