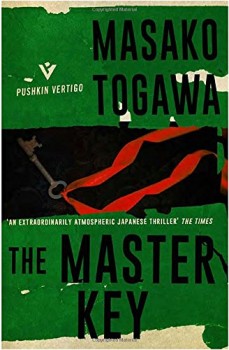 In post-war Tokyo, the K Apartments for single women accommodates aging residents, many with secrets and some with sinister or bizarre patterns of behaviour.

The book begins with a 1951 traffic accident in which a man dressed as a woman is killed. Three days earlier he made use of the disguise to join a female at the K Apartments for women, where the pair buried the body of a child in the basement, observed by an unidentified person. A few weeks later, a newspaper reports that the child of a US Major and his Japanese wife was kidnapped for ransom and never returned.

Following these initial hints, the book moves on seven years. By the late 1950s the inhabitants of the apartments, initially young women, are now approaching old age. Single and mostly with limited resources in a poor post-war economy, the inhabitants have limited outside contact and many are very odd, with suspicions and rivalries of their neighbours taking the place of healthy interaction.

The author links focuses on the behaviour of selected women, all linked by the master key, which opens all 150 rooms. One scavenges fish bones which she boils and eats to strengthen her bones, based on misleading advice from a physician. Another is a talented violinist who was tempted to steal a virtuoso instrument, and became partially paralysed as a result. A further holds séances featuring a medium of bizarre appearance.

One resident is a retired teacher who fills her days writing to ex-students. She gets a reply from one such, a woman whose life has been blighted by the kidnap of her young son. The teacher comes to suspect a woman living in the K Apartments, and carries out her own investigation. Her activities, and those of others mentioned above, are linked through use of the master key.

A partial conclusion to these stories is brought about when the building is lifted on jacks and moved, to enable the road to be widened, which leads to some odd discoveries. A character hitherto silent confesses to unsuspected activity. However, the story of the body in the basement turns out to be not so easily resolved, and it turns out that some of the characters, and the reader, have been labouring under a misapprehension.

This is a clever story that offers some clues and then steadily leads the reader in the wrong direction. Its real appeal, however, lies in the weird atmosphere of the apartments and its strange inhabitants. It has a particularly exotic flavour from its Japanese setting; it is difficult to imagine anything quite so odd set in the west. If you like creepy this will definitely be right up your street.