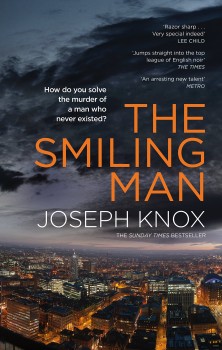 DC Aidan Waits is still in disgrace and on permanent night duty when his discovery of a body in a moribund hotel gives him a real case to investigate.

DC Aidan Waits was introduced in Sirens, where he was working undercover after being found helping himself to confiscated drugs in police custody. His continued employment as a DC is very much at the whim of Det Supt Parrs, who has paired him with another dubious asset of Manchester police, DI Sutcliffe, on permanent night shifts.

Waits is now free of drugs but his past means he is viewed with suspicion by colleagues, and Parrs makes it clear that if he deviates from the lines clearly delineated for him he will be fired, leaving him exposed to retribution from criminals who have reason to hate him. Waits makes some concessions, but his tendency is always to go his own way, which means he is ever under threat.

As the book opens Waits has been directed to give priority to a rash of fires set in waste bins, but is in at the inception of a more important case when a man with a fixed smile is found dead on the top floor of an empty hotel. The corpse carries no identification. A prostitute has been using a room in the hotel to meet clients, but Waits thinks the death is more likely to be linked to parties involved in the sale of the hotel, currently in progress.

The detective is also impelled to act on behalf of Sophie, a student who after a night with a well-connected media personality, Cartwright, finds herself threatened with the release of video of herself. Waits’ visit to Cartwright gets him into trouble with Parrs; in trying to protect Sophie he lays himself open to great risk from someone who has been trailing Waits and recording his activities.

The first person rendition of Waits’ progress is interrupted by occasional brief chapters in the third person featuring an eight-year-old, Wally, who is forced to play a part in brutal assaults under threat to Wally himself and his sister by a man identified as Bateman. We hear more of Waits’ traumatic childhood, and the separation from his sister when they were both taken into care.

What made Sirens so distinctive was the feel of urban grime, and although Waits has cleaned up his act, unhealthy sleaze and general filth continue to be a predominant motif. There are also one or two very nasty violent scenes, the involvement of children making them even more shocking.

However, The Smiling Man seems a little less outré, and although the author has a tendency at times to rather over-complicate the plot, the book seems to me rather more successful than the first. It moves at the same rapid pace, with plenty of menace, and concludes with Waits getting at least some credit for his fast thinking and willingness to put himself out there for deserving innocents.