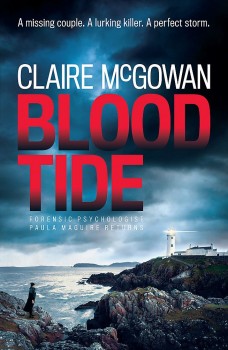 Paula Maguire is a forensic psychologist. She is sent to investigate the disappearance of a young couple on the isolated Bone Island. When she arrives she quickly discovers that the locals do not welcome investigation from outsiders

Paula Maguire, a forensic psychologist, is not comfortable about being sent to Bone Island to investigate the disappearance of a young couple. She does not want to leave her young daughter and she is also hiding a secret of her own. Paula had visited Bone Island when she was a child and she has memories of her long-lost mother on a beautiful white beach.

In reality, she finds the residents of the island to be suspicious and unwelcoming, much more so than may be expected from the arrival of police investigators. To cap it all, the island is experiencing unprecedentedly heavy storms, so bad that the island becomes inaccessible from the mainland by ferry or by helicopter.

Paula’s investigations uncover a network of lies and cover-ups. The island has benefitted from the presence of an ostensibly environmentally aware company called Enviracorp. The islanders welcome the employment and wealth the company brings but Paula begins to wonder at the cost the company has brought to the islanders, many of whom have started to exhibit bizarrely violent and extreme behaviour.

Paula’s story on the island is interwoven with a historical narrative that explores the life of her mother, linked to the Troubles in Northern Ireland, as well as a narrative from one of the two people who are missing. This device adds another dimension to the plot but also acts as a diversion from the action of the main narrative. The final denouement of the story does not make as much use of all of this additional information as may be expected and I was left with the feeling that the book is written to be part of an ongoing series, designed to attract the reader to read further volumes.

For me, the overall impression of the book was that it could have been excellent but that somehow it just falls short of the mark.