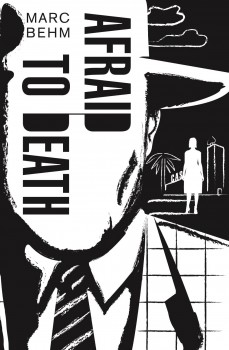 Joe Egan has been on the run since childhood from a mysterious blonde vision who appears to him whenever someone close to him dies.

This hallucinogenic and chilling psychological thriller may be considered a modern classic, particularly in France, where Marc Behm’s greatest screenwriting success Charade was set and shot on location in Paris – but it can only be described as weird.

Behm, who served with the US army in Europe during the second world war and retired to France where he died in 2007, is perhaps better known for his second novel The Eye of the Beholder, almost a literary twin to this amazing story. Both books reflect his obsession with obsession. This is essentially a reworking of the earlier story, the only major difference being that the protagonist spends his entire life fleeing a woman rather than pursuing one.

From his childhood Joe Egan has been on the run from a mysterious blonde vision who appears to him whenever someone close to him dies. He lives his life in fear of her – particularly on flights – but at the same time develops a truly irrational and obsessive fascination. Is she a figment of his imagination, a deep-rooted psychological scar manifesting itself, or is she the very Angel of Death, even a manifestation of the Devil?

He continually finds himself having to quit jobs or relationships in his lifelong flight across what can only be described as a hallucinatory America, moving from place to place, woman to woman. Amid an unsettling and near-sordid background of sexual deviance and deeply introspective self-examination, Egan is driven to almost every extreme to avoid his vision – even murder.

Egan has been blessed, or cursed, with near-eidetic memory from childhood, and has been able to vividly recall books or sequences of events with great precision which leads him to a career as a high-stakes poker player which offers the opportunity for successive chapters to provide a backdrop for an array of larger-than-life characters.

Many readers may find this obscure work disappointing. Behm is no great literary stylist and it is hard to find any engagement with, or sympathy for, his protagonist. It’s certainly gripping, and totally unlike the work of any other writer, but if you’re hoping for a logical or even categorical explanation you may be baffled and short-changed by what appears a both abrupt and odd ending.

On the other hand, if you enjoyed it, you should search the bookstores for his extraordinary vampire novel The Ice Maiden, which will not only make you think but is also one to keep you awake at nights!