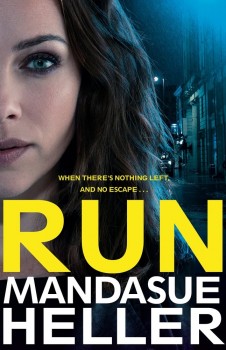 Life couldn’t get much worse for Leanne Riley – she’s out of work and barely surviving life in a grotty bed-sit. Jake could be her escape route or her road to hell.

Life couldn’t get much worse for Leanne Riley. She’s out of work, barely surviving life in a grotty bed-sit, and since she found her last boyfriend in bed with another woman, men are definitely off her wish-list. However, Chrissie, her best friend, is determined Leanne should not fester in her room, and takes her out nightclubbing one evening.
Although Jake Pearce seems to have his eyes on another woman, he and Leanne get talking. Leanne can’t believe this charming piece of eye-candy, who also happens to be rolling in money, is the same person who was the timid teenager she had teased 20 years before. Gradually, Jake finds a way into Leanne’s heart, but their relationship is built on lies. Leanne must face the truth – or run.
The book is written in the third person point of view, and primarily follows Leanne, Jake and Chrissie. It’s set in the back streets of Manchester, and, in an attempt to capture the atmosphere, Heller portrays the characters as abrasive and gritty. Unfortunately, the impression is a handful of boorish, foul-mouthed people who are difficult to like. I had little empathy for Leanne, less for Chrissie, and Jake in the first part of the story was yet another poor reproduction of our cringeworthy hero from Fifty Shades of Grey. However, I ploughed on with the story, ever hopeful.
Unfortunately, the plot is predictable, unimaginative and tired, without depth. Whilst I understand there are no untried plots, writing a unique story is like taking a well-known recipe, tweaking it with a sprinkling of unexpected ingredients then marinating it with the individuality of author-voice. Run feels like a rehash where the only surprise is how quickly the main characters move on from the unrealistic, untimely deaths.
The characters were puddle-shallow and so undeveloped that they lay flat on the page, lifeless. The writing was clichéd, naïve and muddled. Swathes of tell and only superficial show give Run the feeling of being a first draft that needed editing and bringing to life.
Finally, I am ambivalent about prologues. If they are short, well-written and entirely necessary to the plot, I have no problem with them. I am not one of those readers who thinks all prologues are a no-no. However, when the prologue is repeated verbatim later in the book as in this case, it leaves me asking why bother with it in the first place?