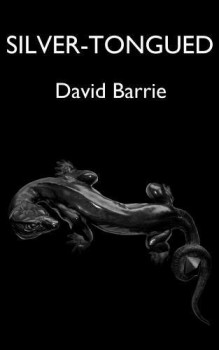 The murder of a celebrity photographer sparks another investigation for Captain Franck Guerin of Paris’ Brigade Criminelle.

The death of a freelance photographer isn’t greeted with universal sadness, especially amongst those the man has been following in the hope of a juicy scoop to feed to the newspapers. Captain Franck Guerin of the Paris Brigade Criminelle is called in to discover who had enough of a grudge against Selim Bencherif to bash his head in with a hammer.

The man’s camera provides some clue to who Bencherif has been stalking recently, leading Franck to the door of one of Paris’ richest families, the Larroques. Franck’s investigations quickly turn up the fact that the dead paparazzi had been following Viviane the much younger wife of the family’s patriarch, Guy Larroque, now in his 80s and – according to his daughter Sabine – in failing mental health. A bone of contention for Sabine, who disapproves of her father’s remarriage to Viviane, is the influence suave high-society doctor and psychiatrist Bruno Kahn has over both Guy and Viviane.

Kahn is something of a spider in the middle of a gilded web, and wherever Franck turns in the investigation, he’s sure to find the man. Franck has a problem deciding whether Kahn is as charming as he appears or whether his silver tongue hides sinister motives.

A new instalment of David Barrie’s French detective series is a rare pleasure. The books come along at infrequent intervals, with the last one appearing way back in 2014. But every one is worth waiting for. The phrase noir chic used by his publishers is an apt description, and although Franck cuts something of a scruffy figure amidst Paris society, with his trusty battered briefcase at his side, he’s as capable of operating in those circles as he is at home amongst the homeless on the streets of France’s capital city.

Barrie delivers a well-rounded cast of characters and particularly excels at strong female characters, from Julie, the crime scene technician whose sharp observations never go amiss, to businesswoman Sylvie Thomas who’s always willing to meet Franck and fill him in on society gossip – as well as stinging him for the most expensive wine a seedy café can produce. And of course there’s the shadowy Catherine Vautrin, Franck’s old boss from his days in the security services before his secondment to the Brigade Criminelle after he took the fall for an operation that went badly wrong. Vautrin manages to exert an influence over matters even though she rarely appears.

The more minor characters are well-fleshed out, lending depth to the series. The honours this time go to Commandant Yann Cloarec, an ex-Foreign Legion paratrooper who heads up Guy Larroque’s a personal protection detail, a job which extends both to immediate family and – occasionally – to Bruno Kahn.

Silver-Tongued effortlessly paints word-pictures of Paris, very much a city of contrasts from its stupendous wealth to its soul-crushing poverty. The complex political web is equally well-drawn, against a backdrop of the far right in the shape of Marine Le Pen and her supporters making a bid for power.

Barrie weaves a complicated tapestry of intrigue, jealousy, power and murder into a colourful and engrossing whole. This is a series to be lingered over and savoured, like fine French wine or a smooth piece of chocolate or, as Franck himself puts it, France’s three national pleasures: wine, cheese and adultery.