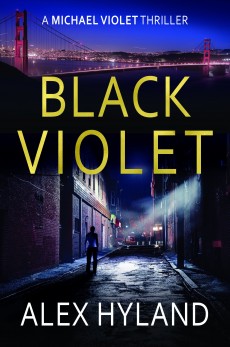 Michael Violet is a skilled pickpocket who uses his talent to lift top-end cars. When his journalist brother is murdered, Violet ends up in a team tracking the killers.

Michael Violet spent his childhood practicing magic tricks, and is so skilled he can relieve drivers of their car keys during a simple brush pass. Using this method he generates a decent income stealing expensive cars. He is not proud of his profession, but he gives generously to people he thinks need cash, and is ashamed of the rift with his brother Jon who has distanced himself after finding out how Michael makes a living.

News that Jon, a journalist, has been killed during a robbery comes as a shock. It soon becomes apparent, however, that the death was no random event. A search of Jon’s trashed flat reveals a gold and diamond necklace, an item with significant value to someone, as a team of gangsters with guns arrive to collect it, the servants of a diabolical brother and sister team of criminals, Marcus and Lizzie.

Violet manages to evade his pursuers and is eventually contacted by Ella, a friend of Jon’s. Ella has a number of friends with military training, and in their company Violet takes a trip to the Bitterroot National Forest in Idaho. After yet another rumble with gun-toting thugs he receives a call from Marcus, who insists he meet them in Norway within 24 hours, or one of his new friends will be killed. Will Violet be able to use his skills for good, and regain a bit of self-respect?

This is a book for people who like plenty of action, and don’t expect too much by way of sense in the plot, or characterisation. I like the idea of a cool car thief called Violet; I bet he suffered badly at school. After years pinching cars and enjoying life in the city his skills hiking in the backwoods and then trudging through arctic snows come as a bit of a surprise. It turns out that he is pretty good at boat handling, and setting explosives too, not to mention fighting (guns and fists), and solving puzzles to do with limited-edition necklaces.

The book is regularly punctuated with bits of back story which gradually reveal that although Violet has been a bad boy taking cars, there are certain excuses, and anyway he feels really, really bad about it. He has frequent macho contests with friends of Ella, just to prove he has the right stuff, and several incidents demonstrating his skills at thievery, which is now OK as he is working for the good side. I think I would have loved this book when I was about 12.