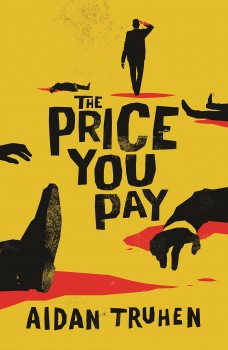 The Price You Pay

When Jack Price asks around about the murder of a near neighbour he gets a very serious beating. Jack’s thirst for recompense knows no bounds.

Jack Price is a man entirely without emotional ties, but when Didi, an old woman living in the flat below his own is violently killed, he takes an interest. After all, it is conceivable that the death is related to his business, the dealing of cocaine. He makes one or two enquiries, and then gets a savage beating in his own flat from a group of masked individuals, who warn him not to ask further questions.

Jack is a smart and enterprising young man who makes the most of the latest internet wizardry to conceal his drug business. He takes the trouble to obscure his very existence and is skilled in adapting his appearance and the use of false identities in his interactions. Even the people with whom he has regular contact, like Sarah his lawyer and Karenina his computer specialist, know him only as an internet voice routed via the most obscure black pathways.

Such resources enable Jack to find out who was behind the attack on him and deliver a salutary response. The bad news is that his antagonist hired the Seven Demons, a legendary firm whose skills in the dark arts and refusal to quit spell an early and painful termination for their foes. However, Jack’s anger and ego is such that he is not dissuaded from his determination to visit death and destruction upon them.

The remainder of the book records the exchange of blows in the battle that follows, each more shocking than the last, and advantage pursued without compunction.
Neither party has any regard to impact on innocent parties, although some minor doubt lingers throughout the book in respect of Jack’s affection for his lawyer Sarah.

The savage and chilling nature of the contest makes a marked contrast with the colloquial and amusing style of delivery, voiced by Jack himself. The author’s rendition of dialogue comes across as authentic, with short and incomplete sentences well-larded with profanity.  The author dispenses with quotation marks and punctuation within reported speech, calling for some care to grasp the meaning fully, or to distinguish sections of purely internal dialogue.

There are some running gags, one involving scaffolders who are Jack’s particular customers and their insistence on the description of the materials they handle as ‘tubes’, and another involving manscaping (don’t ask). Jack is perky and irreverent in the face of the most desperate existential threats, and despite a complete lack of any sort of moral constraints comes across as surprisingly likable.

The ease with which Jack is able to hide and deploy his ill-gotten gains and obtain documentation for new identities may stretch credulity for some, not to mention Poltergeist, a dark web entity which can supply any item or service providing the price is right. As a confirmed technophobe, I found it all too credible.