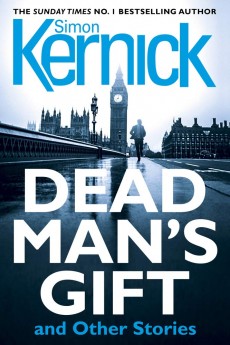 Dead Man's Gift and Other Stories

This collection of two novellas and five short stories from thriller writer Simon Kernick provides plenty of fast-paced entertainment, starting with the title story, Dead Man’s Gift, in which an MP is being blackmailed into taking his own life with threats to kill his young son. The boy has been kidnapped and his nanny brutally murdered to send an uncompromising message to MP Tim Horton: do what the killers demand, or watch his son suffer and die. Horton’s not the most altruistic of men, not even where his only child is concerned, so instead of following the instructions he’s given to the letter, he manages to get a message to the only man who might be able to help him – his former brother-in-law, Scope, once a soldier.

Scope doesn’t even really know why he’s agreed to help Horton. They were never close but Scope’s not the sort of man who can walk away from someone in need. He’s soon engaged in a dangerous fight with the odds heavily stacked against him. Scope is an occasional returning character in Kermick’s books. I first encountered him in Siege, and have always enjoyed his brand of down-to-earth, stubborn heroism mixed with a hefty dose of ruthlessness. He’s definitely the sort of bloke I would want on my side in a tough situation. He’s also likeable, which helps when the body count is mounting up.

Likeable characters don’t exactly abound in the second novella, In One By One a group of former university friends are summoned to a remote island off the coast of South Wales by high-flying politician Charlie Williams – Kernick really doesn’t seem to have a high opinion of politicians! Williams is determined that a secret from their student days is going to stay well and truly buried.

None of the former friends either like or trust each other any more, but they’re inextricably bound together by the decision they took to cover up a murder and throw the blame onto an innocent man – a man who has just been released from prison after serving over 20 years for a crime he didn’t commit.

In true Agatha Christie fashion, the group start being bumped off in a variety of grisly ways. No one knows who to trust as the story of their past misdeed gradually unfolds. Kernick ramps up the tension in a suitably dramatic fashion and throws in a few severed heads to further unsettle anyone who hasn’t yet got their comeuppance. With no one in particular to like, it’s simply a case of waiting for the denouement for the killer to announce themselves. The story is true to its Christie-style roots and manages to deliver some competent shocks along the way.

The five short stories that make up the rest of this collection feature a former boxer up against a Tarantinoesque selection of heavies; a couple who meet on St Lucia, neither of whom are what they seem; a dead gangster and his not-so-grieving family and friends; a kidnapped boy desperate to stay alive, and the hunt for a serial killer. Kernick delivers a variety of twists, some predictable, others far less so. Dead Man’s Gift has plenty to entertain fans of his stories and for anyone coming new to his work, this will provide a good introduction.