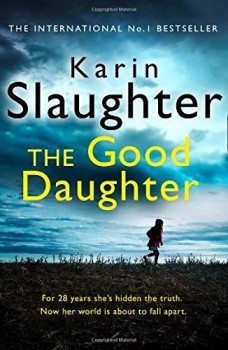 When a teacher and a pupil are killed in a school shooting, a local legal family take up the defence of the teenager accused but are dogged by memories of past events.

Rusty Quinn is a small-town lawyer in Pikeville, North Georgia, unpopular for defending those in trouble with the law. After his house is firebombed, his family are living temporarily in an isolated rural shack. His wife Gamma and two young daughters Samantha and Charlie are vulnerable when two men call seeking vengeance. Gamma is killed and Sam suffers life-changing injuries.

Twenty-eight years later, Rusty and Charlie are still living in Pikeville, both providing legal services to the indigent and disadvantaged. Charlie is apparently physically undamaged by the events of her youth, but has difficulty controlling her emotions. She has alienated her husband Ben despite the love they both have for each other and lives in a permanent state of frustration and anger.

Sam has overcome significant damage from a bullet wound to the head and is now a greatly respected lawyer in New York but responds to an appeal from Ben to return to Pikeville on behalf of her sister. Events are brought to a head by a case of a shooting in a local school, where a low-achieving girl kills a teacher and a six-year old.

Sam hates Pikeville and all its associations, but when Rusty needs help she is persuaded to stay in town to defend the accused, and to help get to the bottom of Charlie’s problems.

There is only one courtroom scene, in which Sam is understandably nervous about getting a fair shake from the local judge and prosecutor, but shows she has the right stuff. I could have done with more of this. The rednecks of Pikeville get their own way for most of the book, something that is very frustrating to read about, however realistic it might be in its setting.

The shootings, particularly the early events in the book, make hard reading. The horror of these sections helps to generate the emotional power behind the problems which the sisters have in adult life, and I’m not suggesting they are gratuitous, but many will find them a mite too believable. Call me a wimp if you like, but rednecks with shotguns make a very unsavoury mixture.

What I did enjoy were the characters, particularly the women in the Quinn family. Gamma is a scientist with an incisive intelligence, retentive memory and hints of autism, and her daughters have inherited her fierce independence and quick thinking. The inclination is to believe that their intelligence will find a solution to their problems, even if they do have to wade through pages of emotional turmoil to get there. This is a powerful novel and can lay claim to being one of Karin Slaughter’s best.