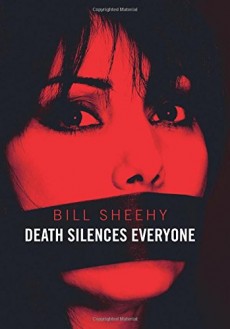 Ex-cop turned unofficial private eye Brad Foley is teamed with new girl Gretchen Bongiorno to investigate the murder of the daughter of a prominent San Franciscan family, but officials on all sides are warning them off.

Ex-cop Brad Foley is an unsettled man. Through no fault of his own, he lost his job as a deputy sheriff and also lost everything that made his life worthwhile. He has ended up as a part-time, unlicensed private eye working for Francis Gorman at Discreet Inquiries, Inc. in San Francisco.

Foley’s latest job is to investigate the murder of the daughter of Henry Steiner, a member of one of the pioneering families of San Francisco. The police have given up trying to solve Anne Marie Steiner’s murder; she had been a prostitute and prostitute murders are not top of their list. Henry Steiner wants Foley and new girl Gretchen Bongiorno to dig a little to see what they can find out. Steiner helps them by giving an introduction to Chief Sands, who tells them what he knows.

Another girl, an acquaintance of Anne Marie’s, is also found dead. This leads Foley and Bongiorno to Rex Cochrane (aka King Cock) who is the modern day equivalent of a pimp - he runs a website for prostitutes. Each alleyway that the pair investigate appears to lead nowhere; it seems that nobody is willing to talk.

During a lull in the Steiner case, Foley takes on another job with his ex-partner Steve Tichenor, who is working for a Californian state senator. They are to search the backwoods of Humboldt County, Northern California, for illegal dope farms. This is politically connected as it is election year, and those up for re-election want to look as though they are making headway in the war against drugs.

I found this to be an unsatisfactory book. There is no sense of place, which is a shame as San Francisco is an interesting city. The action is repetitive and does not hold the attention. There are a couple of small twists but nothing to capture the imagination. Unfortunately, even the great reveal is low-key and unconvincing.