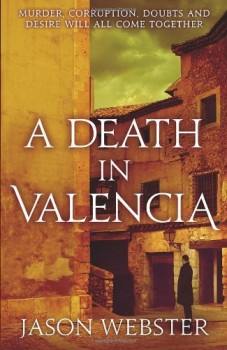 A Death in Valencia

Chief Inspector Max Camera is pulled from the murder of a local restaurateur when the owner of an abortion clinic is kidnapped.

There is a lot to like about the Max Camera stories: a thoughtful if troubled protagonist, excellent plotting building to an exciting finale, and perhaps most of all a glimpse into the real life of the people of Valencia.

In A Death in Valencia, Chief Inspector Camera of the Policias Nacionales homicide unit recovers from the sea the body of Pep Roures, who ran a popular paella restaurant behind the beach. Before he makes much progress, he is swept up into a another case which is given top priority. The operator of an abortion clinic has been abducted by persons in the uniform of the Guardia Civil, a separate police organisation with a more conservative outlook. The Pope is making a visit, and such a sensitive matter needs to be resolved urgently. Camera establishes a link between the two cases which proves to be crucial to finding a solution.

Max Camera is the central focus of the book, and effectively ties together the various themes explored by the author. The abduction case gives Webster the opportunity to highlight the battle between the more conservative sections of Spanish society and the relatively recent democratic constituency; an abortion to an ex-girlfriend of Camera brings this particularly contentious issue alive. The same struggle is evident in the field of town planning, with local government hand-in-glove with developers seeking to clear the older sections of town for profit, in conflict with those like Camera who would retain the traditional buildings and the communities which they sustain.

Camera also makes a great detective. His approach is intuitive; he has a disorganised lifestyle, but is able to summon fierce concentration when he scents the possibility of progress. As is usual with such protagonists, he is at odds with his boss, not to mention important people in the Valencia hierarchy who it would be better not to offend. On the other hand, he has plenty of friends who can help him out when, for instance, poor local construction practice make him temporarily homeless. He has a grandfather who reads him like a book, from whom Camera presumably garnered his seemingly endless fund of old Spanish proverbs.

With all this interesting local colour, it is great to find a convincing plot too, building nicely to a exciting denouement, expertly interwoven with the other aspects of the book that give it such a strong flavour of this part of Spain. When I reviewed the third Max Camera book, The Anarchist Detective, I thought it had some significant flaws but A Death in Valencia is definitely a superior article.