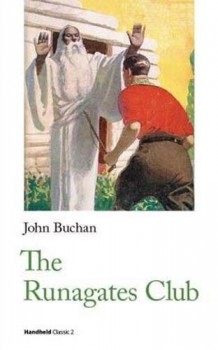 The final collection of John Buchan’s short magazine stories retold in the atmosphere of a gentleman’s club.

At a time when great authors like Kipling are pilloried for their political incorrectness, it seems strange that a publisher should take a risk with a re-issue of this collection of the best of John Buchan’s short magazine stories.

For Buchan – Baron Tweedsmuir, 15th Governor General of Canada – a Scottish diplomat, barrister, journalist, MP, historian, prize-winning poet, biographer, soldier and novelist, was very much a product of his time, class and upbringing.

Today’s critics would call him racist, sexist, homophobic and anti-Semitic – and there are hints of all those in his work, but he represented and wrote for a public who had lived through the First World War, believed the sun could never set on the British Empire and were optimistic enough to try to rebuild their lives. His adventure stories, high in romance, with suitably very British heroes seeing off ‘damned foreigners’ caught their mood to the extent that his death in 1940 evoked an outburst of sorrow, love and admiration, despite coming in the darkest days of another war with Germany.

All 12 of these stories originally appeared in various magazines, but were reworked by Buchan into a book, featuring their squared-jawed heroes as members of a London gentleman’s private dining club where the food is so execrable that its members tell of their adventures over the port to make their evenings more bearable.

All the storytellers have specialist expertise, social position and shared political values. For some, like Sir Edward Leithen and Richard Hannay, hero of The 39 Steps, clubland conviviality is their natural habitat. Hannay, possibly in an echo of Buchan’s own experiences in South Africa, relates a tale of an ancient curse; Leithen tells of war and assassination; Dr Lartius chills the company with a story of supernatural possession.

Other stories feature survival in the far north and Depression-era Canada, but there is also plenty of humour – in fact outright farce – in The Frying Pan And The Fire and Divus Johnstone while the newspaper romp The Last Crusade is not only prophetic, but also probably the best depiction of fake news and demagoguery ever written – and never more relevant than in the modern climate!

The idea of bringing together contemporary characters from your various books, all of whose background is fleshed out to fit their patrician setting, and who each has a story to tell, is a intriguing one. It paints a nostalgic, if elitist, picture of empire and is 1920s storytelling at its very best.
If you’re still determined to feel guilty about enjoying what was and is still a clever, eminently readable collection, the critical introduction, in both senses of the word, by literary historian and Buchan expert Kate Macdonald should salve your conscience, without taking away any of the pleasure!