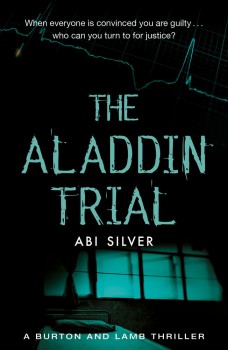 A woman hospitalised for a minor operation is found dead after a fall from the 11th floor. An immigrant cleaner is accused, and defended by Burton and Lamb.

When Barbara Hennessy is found to have plunged to her death from a hospital balcony, there appears to be no obvious reason to suspect suicide or foul play. However, suspicion falls on a Syrian immigrant cleaner whose behaviour is a little odd, and when two of Barbara’s rings are found in Ahmad Qabbani’s home, he is arrested for murder.

When Ahmad seeks legal representation, Constance Lamb agrees to act as his solicitor, and Judith Burton QC to represent him in court. The efforts of the team go beyond what one might expect from legal experts, which is a good job since Ahmed is unwilling to offer any explanation of his movements. His wife is completely silent, and it is clear both have suffered some sort of trauma, although the details are only revealed at a late stage.

Constance and Judith seek more information about others possibly relevant to the death, and here the reader benefits from insight offered by passages with such persons as a focus. Firstly, there is the medical team from the hospital. There is plenty of conflict between the doctors, nurses and cleaning staff, and an apparent wish to draw a veil over aspects of Barbara’s treatment.

There are also Tracy and Joseph, Barbara’s children, who stand to benefit substantially from her death, although her will makes her bequests subject to some unusually strict conditions, and it is not clear whether either will meet the criteria. Barbara’s solicitor Brian seems to have played a very active role in designing these provisions, a man who seems to have something of a personal interest and comes across as very creepy.

The case against Ahmad is based on flimsy circumstantial evidence, but with a hostile media campaign and the unwillingness of the accused to help himself, prospects are not too good. However, Judith exerts all her impressive expertise in court, and thanks to Constance’s research is able to turn things around.

This is the second book featuring Burton and Lamb, following The Pinocchio Brief. Their exploits will appeal to those who like courtroom dramatics; Judith is always quick thinking and puts in a great performance. I suspect that the out-of-court component of their activities go well beyond what you might hope for from your legal counsel, but it makes for great fiction, and the pair are quirky, independent-minded and abrasive enough to make them interesting.

Without giving too much away, I note with interest that both books in the series so far feature cutting-edge technological innovations with implications not necessarily wholly beneficial for the human race. I’m beginning to think Silver is some kind of Luddite, not that I for one would argue with her reservations.