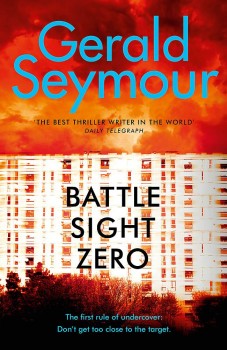 Muslim extremists plan to smuggle assault rifles into Britain for a series of deadly attacks.

This is a story about a gun – the 7.62mm calibre AK 47 Kalashnikov, the best assault rifle ever made. More than 100 million are believed to have rolled off production lines in half a dozen Communist or former Communist countries since Russia proudly announced its invention by veteran Sergeant Mikhail Kalashnikov in 1947.

The beauty of the AK 47 was – and still is – its simplicity and durability. It was designed for a Red Army where more than 140 languages or dialects were spoken and most conscripts could not read or write, and it is idiot-proof. It’s always claimed a ten-year-old could learn how to use the gun in half-an-hour.

It is indestructible. You can bury an AK, immerse it in water, freeze it, take it into the desert or jungles and it rarely jams or fails. Its simplicity makes it an ideal weapon for irregulars with no military training and its ready availability has seen it become the weapon of choice for the emerging terrorist organisations of the 1960s and onwards. The spectre of killing on a horrendous scale by ‘home-based’ extremists using the weapon has haunted Britain’s security services for years.

In Battle Sight Zero, when word of a plan by organised crime in both England and France to import AKs from the Middle East reaches the security services, undercover officer Andy Knight is ordered to infiltrate an extremist group intent on obtaining the rifles.

His way in is through Zeinab, the passionate and attractive young Pakistani Muslim student at the heart of the plot. She is soured by life in Britain, and has been recruited by an extremist organisation and tasked with travelling from her Dewsbury home – an area where several of the 7/7 London tube and bus bombers were well-known – to the drug-ridden, high-rise La Castellane estate in Marseilles to bring just one AK home as a test run for a possible smuggling route. Success means many more will follow – and slaughter will be released on Britain’s streets.

Andy, an experienced and tried operator, who learnt his arcane art of appearing what he is not among drugs gangs and animal liberation extremists, knows the golden rule of undercover work is never to become emotionally involved with the ‘target’, but sometimes rules – as recent revelations about undercover policing show – are impossible to follow.

The story tracks the developing, if dishonest on both sides, relationship between Andy and Zeinab, into the badlands of France’s second city, where brutal Arab gangs rule and life is worth only the pressure of a trigger finger.

Using a brilliant series of flashbacks and cutaways eliding both place and time, Battle Sight Zero simultaneously tracks the extraordinary journey of the ancient, almost worthless but still deadly, weapon they are to be handed there.

Gerald Seymour, an ITN reporter for 15 years, who covered stories from the Great Train Robbery in 1963 to Vietnam, Borneo, Aden, the Munich Olympics massacre, Israel and Northern Ireland, gradually builds up the tension with some clever characterisation as he sets the scene for a denouement that will leave you with sweaty palms.

As always, the extended finale is particularly brilliantly orchestrated and it takes no crystal ball to predict that this will become another bestseller for man who, since the retirement of Frederick Forsyth, stands head and shoulders above any other author working in the genre.